FINAL CALL FOR CHILDREN TO GET CREATIVE WITH FARMING 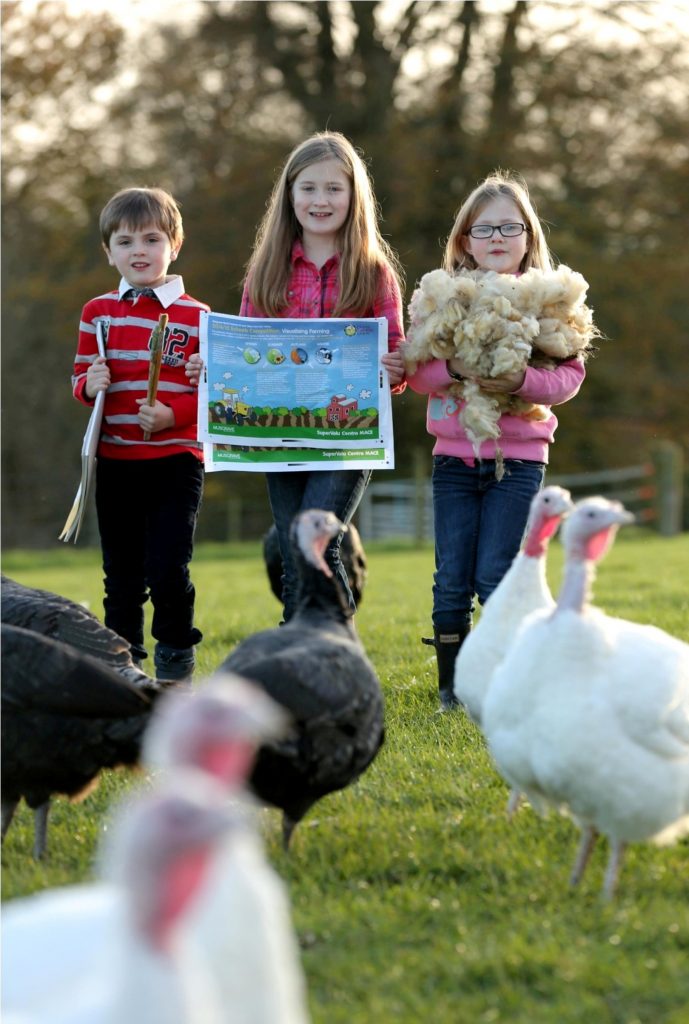 Pictured starting to get creative for farming are pupils Lucy (8) and Lauren (6) Cheatley and Joe Wilson (6).

THE clock is ticking for children throughout Northern Ireland to get creative with farming, with only one month left to enter the Musgrave Retail Partners (MRPNI) and Ulster Farmers’ Union (UFU) art competition.

MRPNI and its independent retailers – SuperValu, Centra and Mace – have teamed up with the UFU to invite nursery, primary and special school pupils to create pieces of visual art as a class.

The theme for the Nursery, P1-2 and P3-4 categories is ‘Seasons of Farming’ and for P5-7 ‘Farm Safety’, special school pupils have a choice of either theme. The winning class in each category will receive £200 and the runners-up will receive £100 each. The winners will also have the opportunity to receive a visit from Mash Direct in June.

Pupils can design individually or in their class, a picture or poster, a collage, or a sculpture and can get creative by using agricultural material such as sheep’s wool and straw, before the March 20th deadline.

MRPNI Acting Managing Director Damian McCarney said: “With only a few weeks left to enter, there is still time for young people throughout Northern Ireland to get involved and showcase their creativity and knowledge of farming.

“This is an important initiative for Musgrave Retail Partners to partner with the Ulster Farmers Union as it helps young people develop a better understanding of the agri-food industry which plays such an important role, not only to our own business through our strong relationships with local suppliers but to the Northern Ireland economy as one of the biggest and fastest growing industries,” Damian added.

UFU Deputy President, Barclay Bell, said: “Musgrave’s support for our schools competition is invaluable in helping to ensure we raise young people’s awareness of local produce and farming. Without agriculture, there would be no food production.

“Almost all the food we consume is either produced on, or made out of farm produce. It’s a huge part of Northern Ireland’s economy, with over 24,000 farms which provide employment for around 50,000 people. So through initiatives such as this, the message we’re trying to pass onto the younger generation is that farming matters to everyone,” he concluded.

For further information and to enter the competition, schools should contact David McConaghy at the Ulster Farmers’ Union on davidmcconaghy@ufuhq.com.