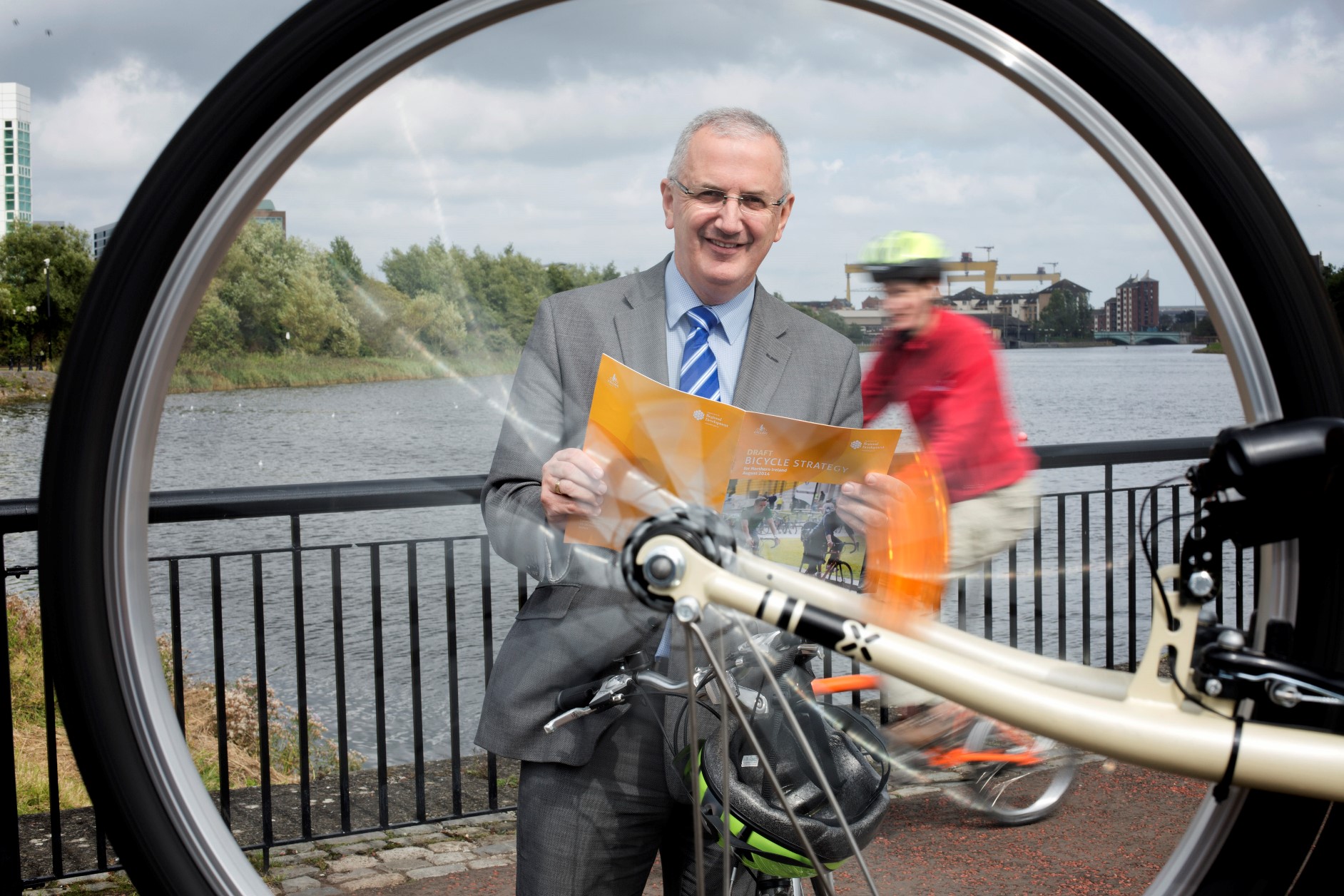 Transport Minister Danny Kennedy has published a comprehensive draft Bicycle Strategy and is inviting everyone to have a say on the further development of the cycling culture in Northern Ireland.

The public consultation opportunity comes ahead of ‘Northern Ireland – Changing Gear’ a seminar to be held on Thursday 16 October in Belfast which will be wholly dedicated to cycling in Northern Ireland.

The public consultation is open until Friday 21 November.

Consultation events will take place across Northern Ireland in October and November. Full details of local events will be published in the press.

Printed copies are available on request by emailing cycling.unit@drdni.gov.uk or by phone on 028 9054 0179. Picture by Brian Morrison