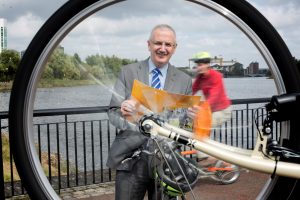 AT the end of August the Minister for Regional Development Danny Kennedy launched the draft bicycle strategy inviting everyone to have a say on the development of a cycling culture in Northern Ireland.

A number of public consultation events are now being held across Northern Ireland which will allow people to find out more about the draft proposals and put forward their views.

There is no requirement to register in advance of the public consultation events which are being held in the following locations:

Everyone is welcome to contribute to the consultation which runs until 21 November 2014.