GOLFERS TO FOLLOW IN THE FOOTSTEPS OF MAJOR CHAMPION RORY MCILROY 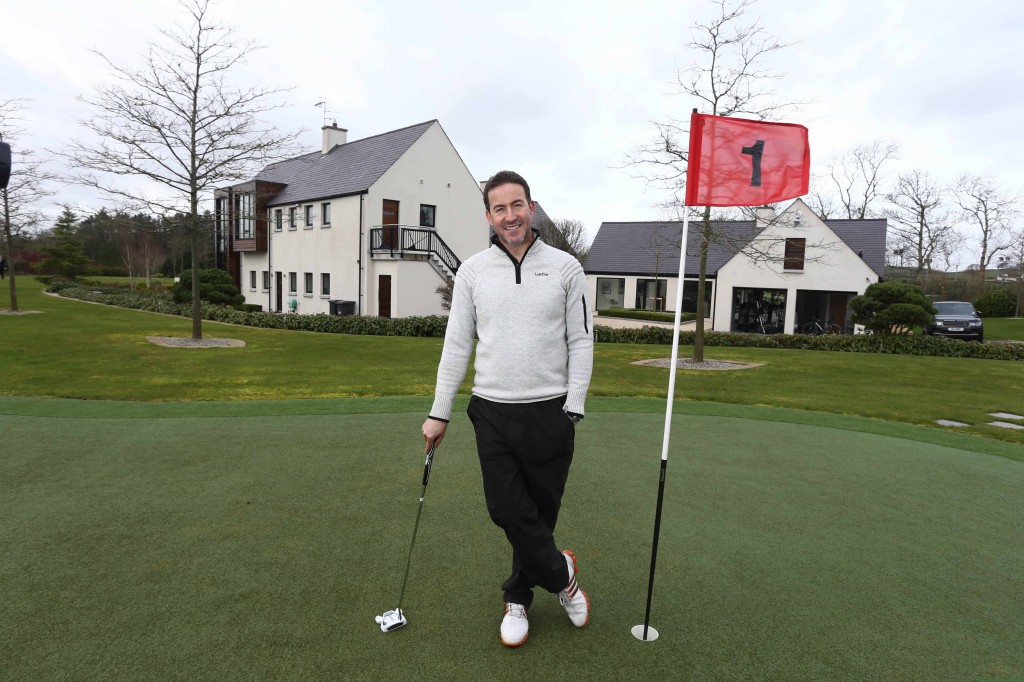 Northern Ireland property developer and entrepreneur Gary McCausland is offering golf fans a unique opportunity to literally walk in the footsteps of Rory McIlroy and play a round of golf on the course that the world’s number one golfer designed and built himself.

IN 2010, Rory McIlroy designed and built a world class golf course and practice facility at his Northern Ireland home specifically to enable him to replicate the shots required to win each of golf’s four major championships.

That move has certainly paid dividends for McIlroy who last night lifted his FOURTH major trophy at the USPGA Championship in Valhalla and, at the tender age of 25, is the world’s number one golfer with only the US Masters to win to complete a career grand slam.

Now, for the first time ever, golf fans across the world are being given the unique opportunity to literally walk in the footsteps of Rory McIlroy and play a round of golf on what was once his very own private facility.

The world class championship facility, situated in the grounds of Robinhall House, is still used occasionally by McIlroy to practice when he’s in Northern Ireland and now golf enthusiasts will also have full use of this exclusive golf facility during their visit – with a percentage of proceeds going towards The Rory Foundation which was set up by the golfer himself to support children’s charities around the world.

Robinhall House, a luxurious 14-acre gated private estate on the outskirts of Belfast, was home to McIlroy, who hails from Holywood in County Down, from 2009 to 2013 during which time he became the world’s number one golfer, winning the US Open and US PGA Championship on the way.

The two-hour golf package includes a practice session on the very same putting green and short game area where Rory honed his skills, followed by nine holes on the actual golf facility which was modelled on some of the world’s top golf courses with holes based on Augusta, St Andrew’s, Pebble Beach and Congressional (where McIlroy won his first major championship).

From the famous ‘roadhole bunker’ on the 17th hole at St Andrew’s to the undulating bent grass greens of Augusta National, visitors can enjoy their very own ‘major’ golfing experiences for just £95 per adult and £45 per child (under 14), with gift vouchers available to purchase as presents for golf-loving family and friends.

During their visit, guests will have EXCLUSIVE use of the facility and will receive a personalised certificate afterwards to verify that they’ve played what was once Rory McIlroy’s own private golf course.

“This is a truly unique opportunity for golfers to follow in the footsteps of one of the best golfers the world has ever seen” said owner Gary McCausland, a well-known Northern Irish property developer and entrepreneur who bought the property from McIlroy last year. 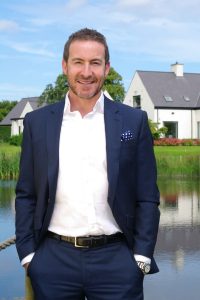 “When I bought Robinhall House, it was originally as a private retreat for myself and my family but I’ve literally had hundreds of enquiries from all over the world from people wanting to come and use the facility so, on the back of this huge demand, I’ve decided to make it exclusively available.

“Rory really put his heart and soul, as well as a huge financial investment, into building this facility to his own very particular specifications so you really feel his presence with every ball that you hit. By allowing people to come here and play, it will generate income that I can use to keep the course and practice areas to the world class standards that Rory originally created.

The Robinhall golfing experience is unique in the world of golf, according to local golf professional Robin Daly, son of Fred Daly, four times Ryder Cup player and the first Northern Irish golfer to win a major championship when he lifted the British Open’s famous Claret Jug in 1947.

“This is probably the best facility that I have ever come across,” said Robin. “It is equal to anywhere in the world. You’ll not see better than this.”

Visitors to the facility will also have a chance to explore other features of the Robinhall House estate, including its award-winning gardens with manicured lawns and meandering illuminated walkways, a freshwater lake which has been stocked with approximately 1,200 local Brown and Dollaghan Trout, a flood-lit tennis court, outdoor hot tub, sun terrace and separate BBQ area.

Other services are available on request including a tour of the house and grounds, champagne reception and canapes, and professional golf tuition.