1 Warriors take Belfast at a charge 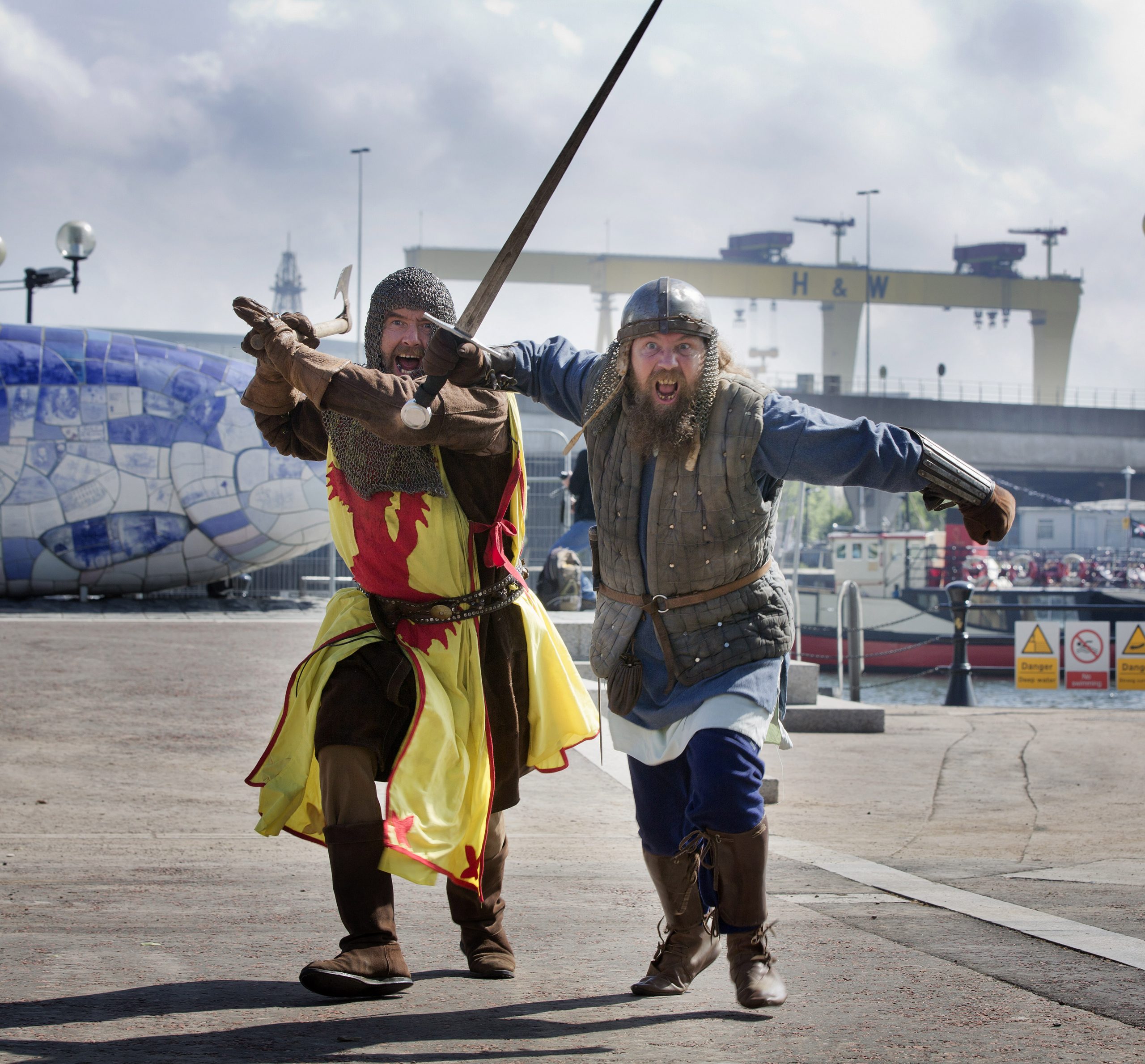 Scottish Warriors take ‘Charge’ in BelfastTwo burly warriors, who starred in Hollywood blockbusters including Gladiator and Thor 2, stopped traffic in Belfast City Centre today to ‘encourage’ NI visitors to do battle at Bannockburn Live, a large-scale re-enactment of the legendary clash taking place on Saturday 28th, Sunday 29th and Monday 30th June 2014 in Scotland. Northern Ireland fans are being invited to step back in time to June 1314 and soak up the atmosphere, sights and sounds of medieval life and experience. This event is the largest of this nature in Scotland and captures every essence of Scottish culture and has something to delight all whether you are a foodie, music fan or history lover. With over 40 clans attending, it’s also the perfect opportunity for those with an Ulster Scots surname to uncover their roots and family role within the battle. For tickets, go to www.bannockburnlive.com