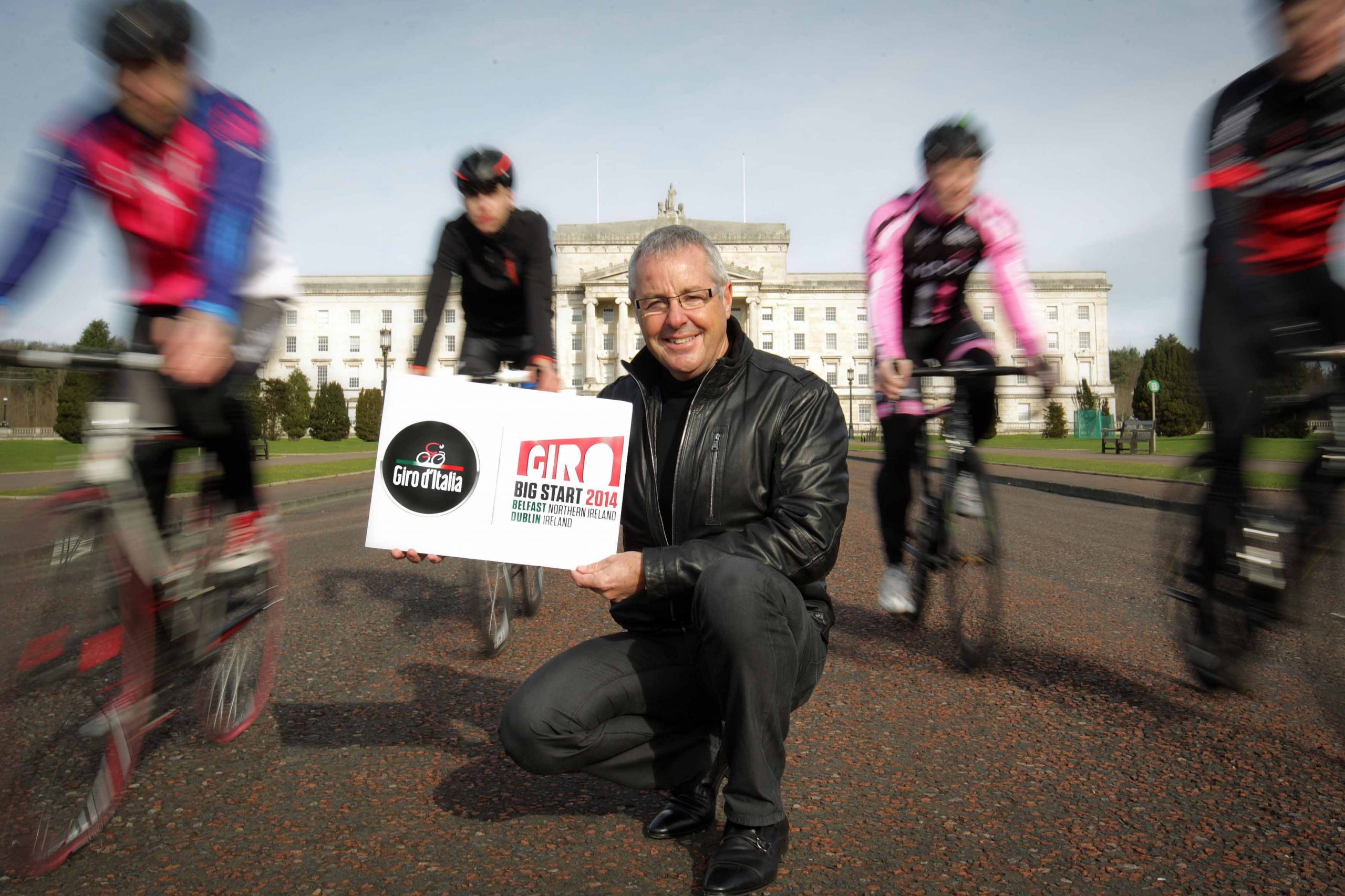 As Northern Ireland gears up to host the first three stages of the Giro d’Italia, from May 9 – 11, former winner and racing legend Stephen Roche from Ireland, together with some local riders, visited Stormont Estate, part of the race route, to launch NITBs ‘Be Part of the Start’ campaign to encourage people to join in with the festivities that will be taking place around the country. The Grande Partenza or ‘Big Start’ of the race will see around 200 of the world’s best cyclists from over 30 countries converge in Northern Ireland for the biggest sporting event of 2014.