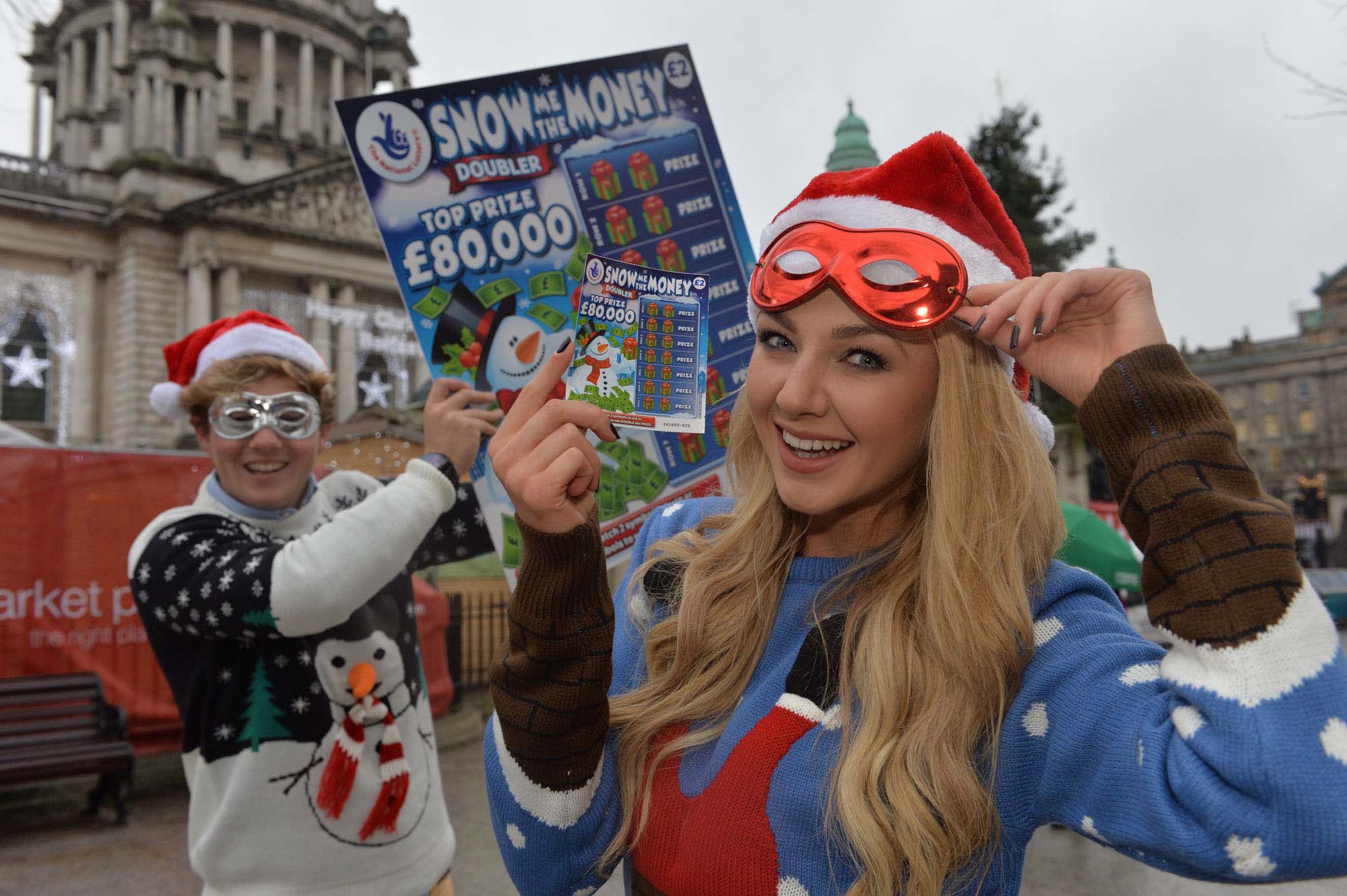 SECRET SANTA SQUAD: James Stewart (21) and Meagan Green (24) of the National Lottery Secret Santa Squad arrived in Belfast City Centre today (December 12) to spread some festive cheer and hand out Secret Santa packs to lucky commuters and shoppers, hoping to inspire people who want to give something a little extra special this Christmas. The squad donned their best Christmas jumpers and took to the streets after a National Lottery Scratchcards survey revealed that a massive 83 per cent of people now take part in Secret Santa activity with their work colleagues each December. However, one in every five people say they never know what to buy so the Secret Santa Squad was in town to give out packs containing a seasonal National Lottery Scratchcard, a Christmas card and pen. Costing from only £1 to £5, a festive themed Scratchcard is an affordable but exciting present that could really give someone a Christmas to remember. One man who would certainly appreciate a National Lottery Scratchcard this Christmas is Mark ODonoghue from Enniskillen, a keen fisherman who was definitely in the right plaice at the right time when he reeled in a cool £100k from a £2 Scatchcard earlier this year.