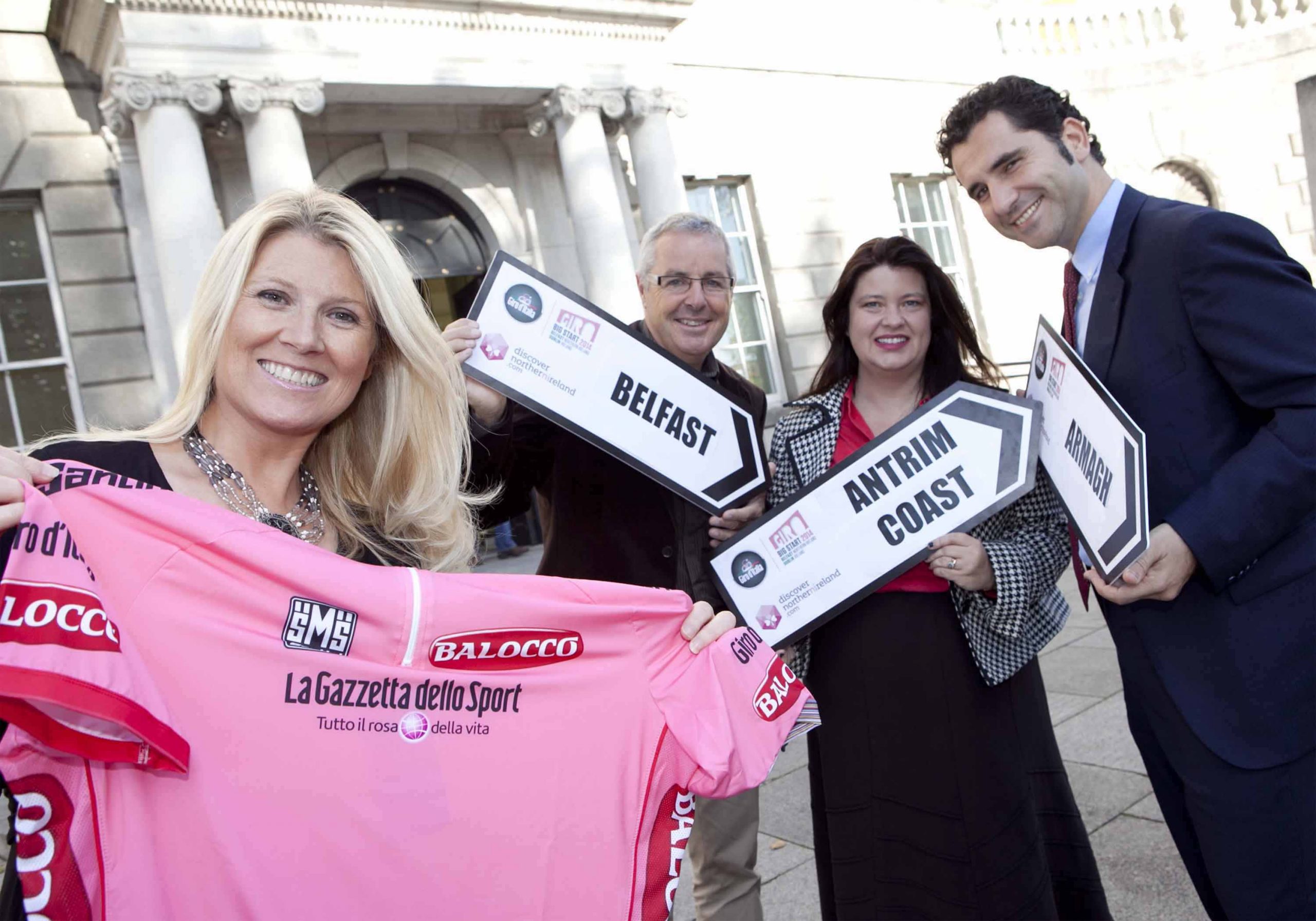 (L-R) Fiona Cunningham from the Northern Ireland Tourist Board (NITB) joins legendary Irish cyclist and former Giro winner Stephen Roche, Naomi Waite from NITB and Giovanni Nipoti from RCS Sport as they gear up for next years Giro dItalia cycle race which gets underway with the Grande Partenza (Big Start) in Belfast next May. NITB is expecting in excess of 140,000 overnight visitors to Northern Ireland for the biggest sporting event of 2014 and is urging cycling fans to join in the celebrations to launch the start of the race. The worlds second-biggest cycling race, which will feature more than 200 of the worlds best cyclists from over 30 countries, is expected to generate millions of pounds towards the Northern Ireland and Republic of Ireland economy with Northern Ireland set to be the prime benefactor due to the fact that most of the racing will take place here. For further details or to attend the launch celebrations contact the Northern Ireland Tourist Board by clicking on www.discovernorthernireland.com