← FLIGHTS FROM BELFAST TO NEW YORK OVER RAVAGING HURRICANE SANDY 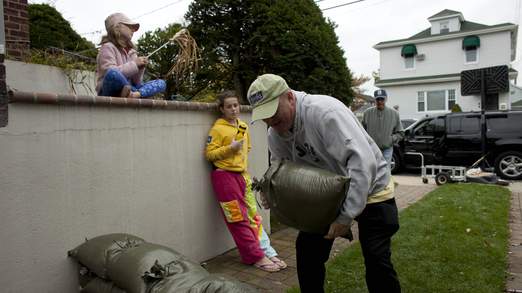 NEW YORK, NY – OCTOBER 28: Two families who live side by side install a wall of sandbags to protect their basement as Hurricane Sandy approaches on October 28, 2012 in the Rockaway Beach neighborhood of the Queens borough of New York City. New York City Mayor Michael Bloomberg announced a mandatory evacuation on low-lying coastal areas of the city. Sandy, which has already claimed over 50 lives in the Caribbean is predicted to bring heavy winds and floodwaters to the mid-Atlantic region. (Photo by Allison Joyce/Getty Images)