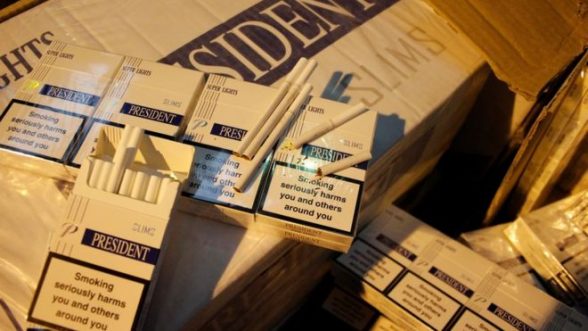 DUTY Men have seized a massive haul of illicit cigarettes have been seized at Belfast docks.

A trailer containing the 4,869,000 President cigarettes was detained on Monday in the joint HM Revenue and Customs (HMRC), Border Force and PSNI operation.

The load, which was destined for an address in Co Armagh, was worth an estimated £1,825,875 in evaded duty, HMRC have said.

No arrests were made during the operation.

“We work closely with Border Force and other partners to tackle and disrupt this illicit trade.

“HMRC will continue to target the supply of illicit tobacco, which costs the UK around £1.8 billionn a year.”