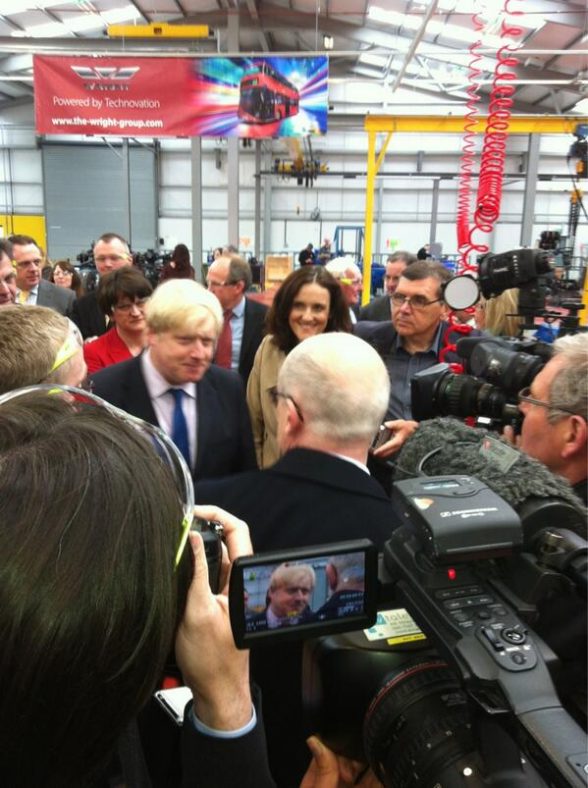 The company is to retain just 50 staff at the Ballymena plant – the last bus manufacturer in the UK.

It went bust after suffering from cash flow problems and had been seeking investment or a new owner.

The firm is best known for building the New Routemaster, known as the ‘Boris Bus’ after former London Mayor Boris Johnson.

Wrightbus managers briefed unions at the factory in Ballymena on Wednesday about the company’s problems.

It was later confirmed that the company had gone into administration.

DUP MP Ian Paisley said it was a “body blow” for Ballymena and the wider Northern Ireland economy.

“Essentially from this point the administrator has a week to find a buyer,” Mr Paisley said.

Mr Paisley said employees would be told what the process would mean for them when unions are briefed, and that he is due to meet the prime minister and secretary of state on Wednesday.

He said that the news was “a real tragedy” for the company’s employees and “a further 1,700 people affected up and down the supply chain”. 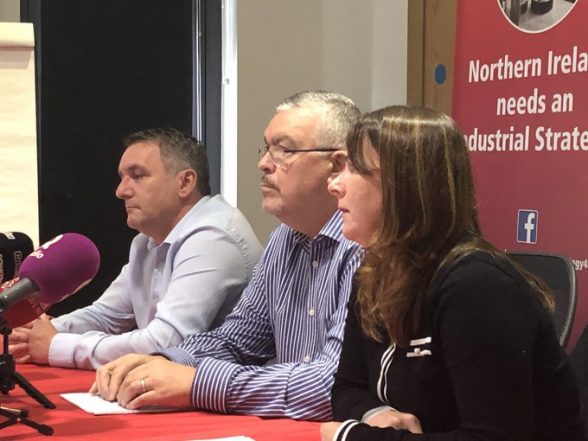 Jackie Pollock, regional secretary of the Unite trade union, said that the Wrightbus workforce was “at the cutting edge of technological advancements in the design and supply of green public transport”.

“Ultimately if a solution based on a new buyer isn’t found immediately, the government must intervene to save jobs and skills,” he added.

“Just three months ago, Boris Johnson gave assurances that he ‘will do everything we can to ensure the future of that great UK company’, he has a chance today to do something decent.

“The administrator will need to find someone of calibre and of real standing who has the wherewithal and the skill to take this company on,” he said.

But its financial situation has deteriorated since then.

It made two rounds of redundancies last year with 95 jobs going in February and June, which it said reflected continued low levels of demand for new buses in the UK market. 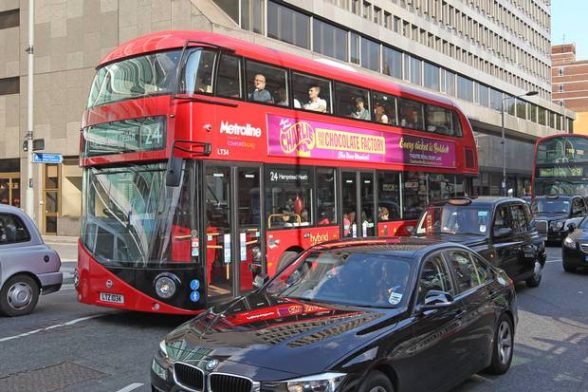 The ‘Boris Bus’ in London

The UK has traditionally been Wrightbus’s biggest market but it has been contracting for over two years.

Figures from the Society of Motor Manufacturers and Traders (SMMT) show that in the second quarter of this year new bus and coach registrations are down 30% compared to the same period last year.

That marks the tenth quarter in a row that new registrations have declined.