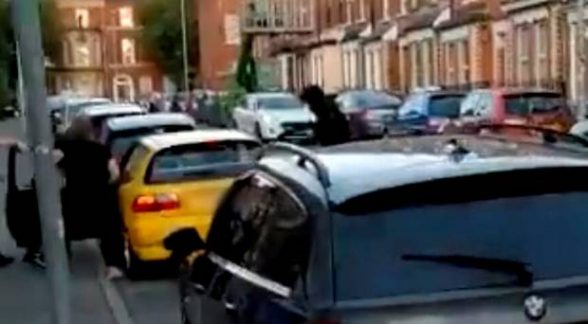 DETECTIVES investigating an attempt to steal a vehicle in Ireton Street, south Belfast, on the evening of Friday, September 6, are appealing to anyone who witnessed a silver 3 door Honda Civic car in the area to contact them.

Detective Inspector Kerry Brennan said: “I would appeal to anyone who noticed this car in and around the Botanic/University areas between 7.00pm and 7.30pm on Friday, 6 September to contact us as they may have information that could assist us with our enquiries.

“I would also ask anyone who has dash cam footage of the incident or this vehicle to also make contact with us.

A 34 year man arrested on Sunday, 8 September was charged with attempted robbery, possession of an offensive weapon with intent to commit an indictable offence and taking a motor vehicle without authority.

“He is due to appear at Belfast Magistrates Court on Friday, October 4, for a first remand hearing.

A 22 year old man who had been arrested on suspicion of attempted robbery, taking and driving away and possession of an offensive weapon has been released on bail pending further enquiries.