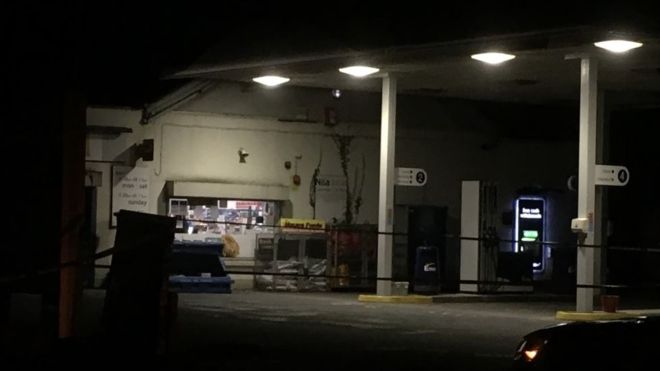 A leading loyalist drug dealer was shot dead as he sat in his car last night.

Malcolm McKeown, 54, was blasted to death as he sat behind a petrol station in Main Street, Waringstown around 9 pm.

One theory is that McKeown may have been at the petrol station for a rendezvous but was instead lured to his death by a rival criminal gang also involved in drug dealing.

McKeown was well known to police.

He was regarded as a major figure in the drug underworld.

The brother of UVF supergrass Clifford McKeown, Malcolm McKeown was suspected of being involved in a number of murders, including that of Hugh McGeough and his wife Jacqueline who were killed at their Legahory Court home in March 2011.

Hugh McGeough was shot once while his wife was struck three times.

McKeown was charged with the “an execution-style double murder” after it was revealed he owed McGeough £13,000.

McKeown was originally accused of possessing a firearm and ammunition with intent after a revolver and two rounds of ammunition were discovered inside a plastic bag in Waringstown last July.

Forensic tests later confirmed it was the weapon used in the shootings, while McKeown’s DNA is alleged to have been found on a misfired round.

A Crown lawyer told a  bail hearing in July 2012: “It’s the prosecution case that this murder was at the request of this applicant, and he provided the firearm and that the shooting itself was conducted by another individual.”

The man alleged to have carried out the killing is 31-year-old James Carlisle.

But the charges against McKeown and Carlisle were later dropped.

Speaking about last night’s murder, Detective Chief Inspector Kelly Shaw of the PSN’s MIT: “The man was found in his vehicle, which was parked at the rear of a filling station on Main Street in the village.

“Our enquiries are at a very early stage.

“I am appealing for anyone with information that could potentially assist our investigation to please get in touch by calling 101.

The killer’s getaway car was later found burned out at Glenavon Lane in Lurgan.