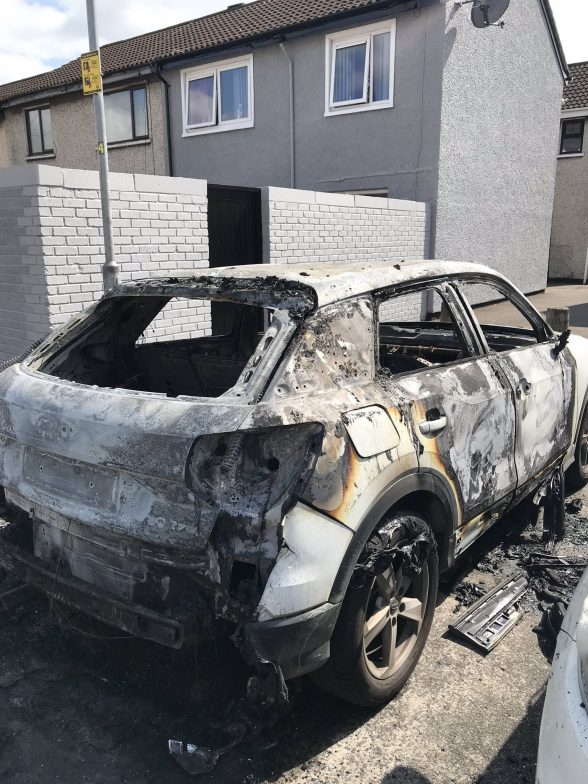 One of the cars torched in north Belfast

POLICE in north Belfast are investigating a number of overnight incidents in the New Lodge area.

Just after 3.30am police received a report of a burglary at a house at Carlisle Square in which a man had forced entry.

The resident disturbed the intruder who made off through the rear of the property.

The suspect was reported to have been aged in his 20’s, was of thin build and was wearing a baseball cap and dark coat with orange coloured lining.

As local officers patrolled the area, at  around 4.30am, police received a report that a Peugeot 206 car had been set alight at Victoria Parade.

Fire and Rescue Service attended and extinguished the fire, but the car was completely destroyed.

While carrying out further enquiries, police discovered that an Audi Q2 and Volkswagen Tiguan had both been destroyed following suspected deliberate fires at Carlisle Terrace.

A man matching the description of the earlier burglary was also reported to have been in these areas at the time of the arson attacks.

Inspector Paul Noble said: “ Our investigation into these incidents is at a very early stage and I would appeal to anyone who has any information which could assist us with our enquiries to contact police at Musgrave on 101 quoting reference number 181 of 13 August 2019.