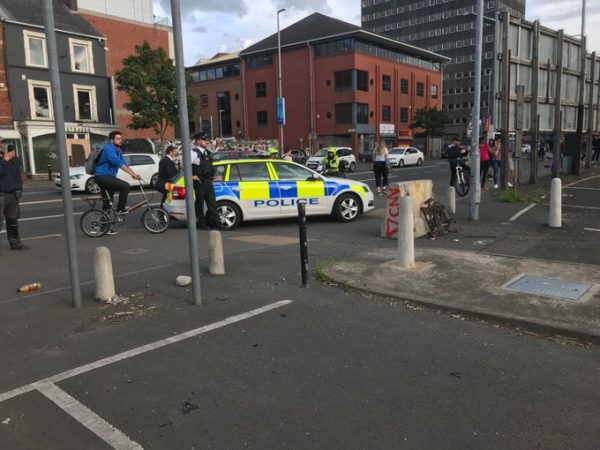 DETECTIVES have launched an investigation after a man was stabbed in Belfast City Centre.

Police said they received a report at around 6.15 pm that a man was found in the Great Victoria Street area with what is believed to be a stab wound.

A bloody knife on the ground outside the Europa bus station.

The Charity Air Ambulance was dispatched to the scene..

Two medical staff on board then went to a nearby ambulance to assist paramedics and the copter left the scene.

The victim was transported to hospital for treatment. 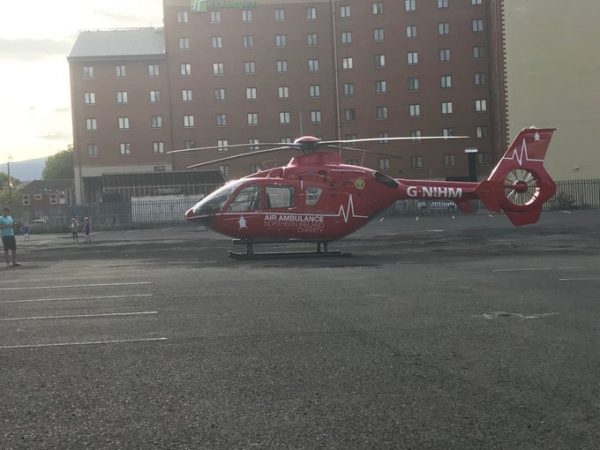 His condition is  not yet known.

Police said they are working to establish the circumstances of the incident and how the man sustained his injuries.

The man’s condition is not yet known.

Detectives at Musgrave CID have appealed for anyone within information to contact them on the 101 number.