MAN REMANDED IN CUSTODY OVER DEATH OF SEAMUS CONLON AT CEMETERY 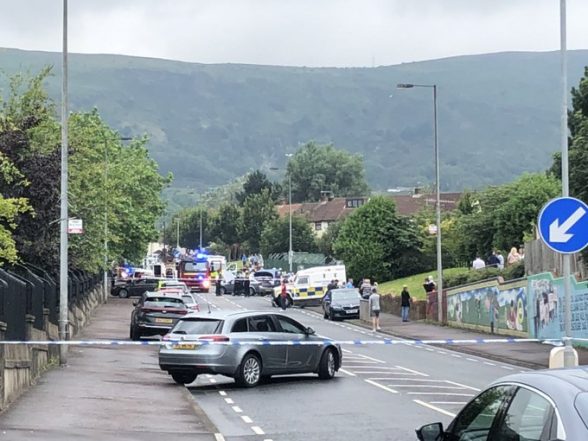 The scene in west Belfast after a car crashed into people outside cemetery on Saturday. Seamus Conlon lost his life as a result

A 32-year-old man has faced a court charged with causing the death of a pensioner at a funeral in west Belfast on Saturday afternoon.

Seamus Conlon, 70, died after being knocked down by a stolen car outside the City Cemetery.

Two other men were injured after being struck by the vehicle on the Whiterock Road.

They have since been released from hospital.

Michael Loughran, of Glenties Drive in Belfast, has been charged with a number of offences.

They include causing death by dangerous driving and driving while unfit due to drink or drugs.

He was also charged with two counts of causing grievous bodily injury by dangerous driving, and aggravated vehicle taking causing injury or death.

As the accused was brought into Belfast Magistrates’ Court, a brother of Mr Conlon ran towards him from the public gallery and tried to enter the dock.

He shouted at the defendant: “You killed my brother.”

Mr Conlon’s brother was restrained by police and security staff before being removed from the court.

A detective said he could connect the accused to the charges.

No bail application was made and Loughran was remanded into custody to Maghaberry prison.

Loughran will appear again in court via video link on Monday, September 2.