PENSIONER DIES AFTER BEING STRUCK BY CAR OUTSIDE WEST BELFAST CEMETERY 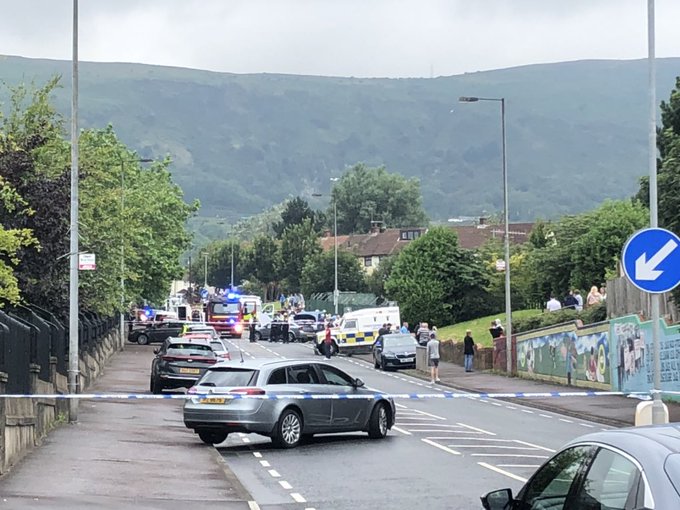 THE PSNI has confirmed that a 70-year-old man has died after a stolen car hit pedestrians outside Belfast City Cemetery on Saturday.

Seamus Conlon had been attending a funeral moments earlier when he was struck by the Vauxhall Vectra on Saturday.

“70-year-old Seamus Conlon has sadly passed away and two other men are still being treated in hospital. Their conditions are described as serious.”

He added that a 32-year-old man has been arrested on suspicion of a number of offences including causing death by dangerous driving and driving when unfit.

The scene of the incident on the Whiterock Road in west Belfast remains sealed off as forensic officers examine the area.

Sinn Fein councillor Michael Donnelly was at the scene shortly after the crash.

“I got a call at around 12pm to say that there had been a terrible traffic incident,” he said.

“I’m from the community and went to the scene straight away, and it was pure carnage and panic.

“There was a lot of people angry and upset.

“The PSNI, fire service and ambulance were all there and working frantically on the injured people.

“This is a very serious incident. Three people from our community and from well-respected families have been caught up in this.

“There is real sadness and anger in our community.

“We need to make sure that anyone who witnessed it report it to whoever they feel comfortable with. I’m making myself available.

“The important thing is to come forward and make sure the person involved is brought to book. We don’t want to see the person responsible for this back on our streets.

“It’s a double tragedy – people were paying their respects to another well-known member of the community who had died and as they were leaving that funeral to go home they were caught up in this carnage.”