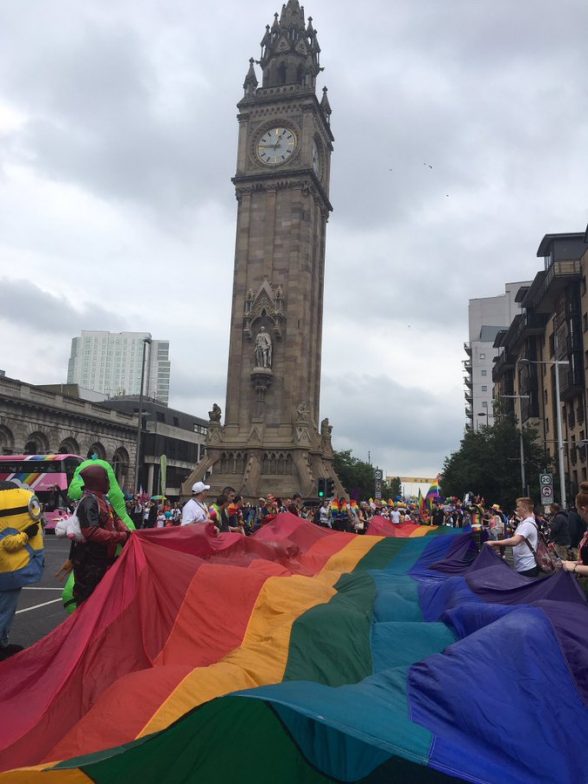 THOUSANDS of people festooned in rainbow colours have turned out in Belfast for the annual Pride parade.

Taoiseach Leo Varadkar is marching in the pardewhich is calling for marriage in equality in Northern Ireland.

Billed as a celebration of the city’s LGBT community and as a protest calling for equality, the parade set off from Custom House Square at 1 pm and will go through the city centre.

A rainbow Pride flag was flown from Belfast City Hall for the first time.

Hoisted up by Lord Mayor John Finucane, he said it was “hugely significant” for the city. 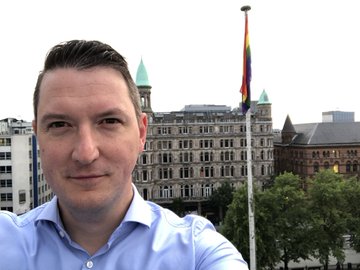 Members of BBC Pride, a staff-led initiative which operates across the UK, are taking part in the Belfast parade for the first time.

The head of BBC Northern Ireland apologised to staff on Friday over “confusion” around participation in the event.

In an email on Friday, Peter Johnston said the organisation would not be “involved corporately” in the event. 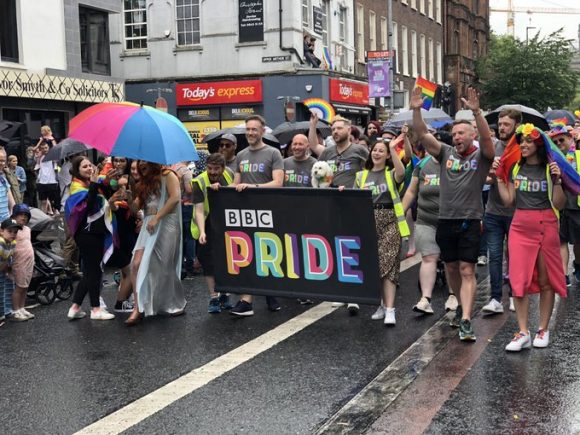 The theme of this year’s parade is ‘Rights Now’, with it aiming “to highlight the rights that are still denied to [the LGBTQ+] community.”

Belfast’s first ever Pride parade was in 1991, when about 100 people took part.

Also taking part were staff from UTV includin continuity announcer Julian Simmonds (below) and members of the PSNI (above). 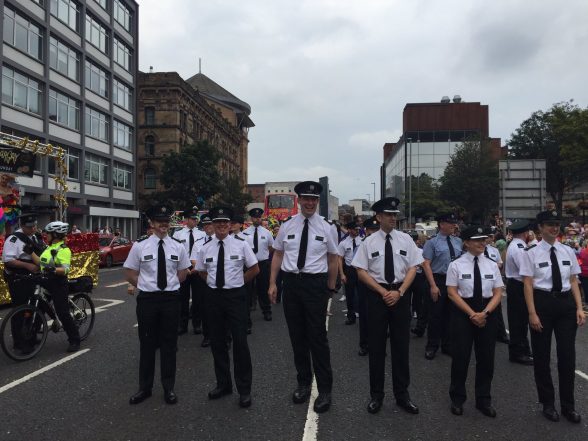 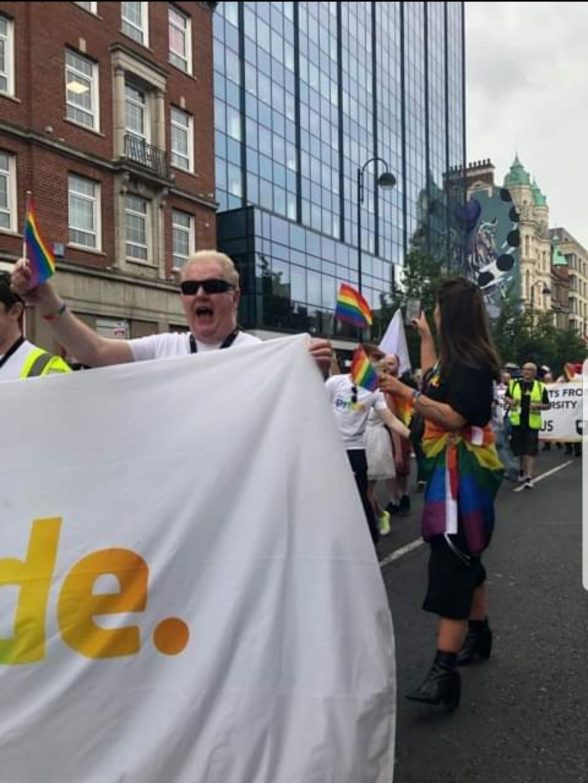 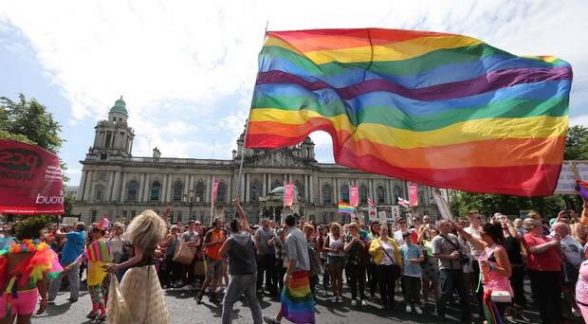 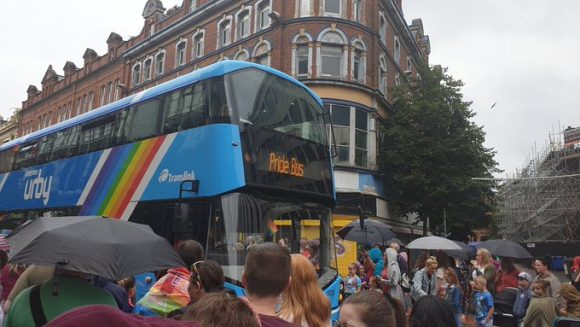 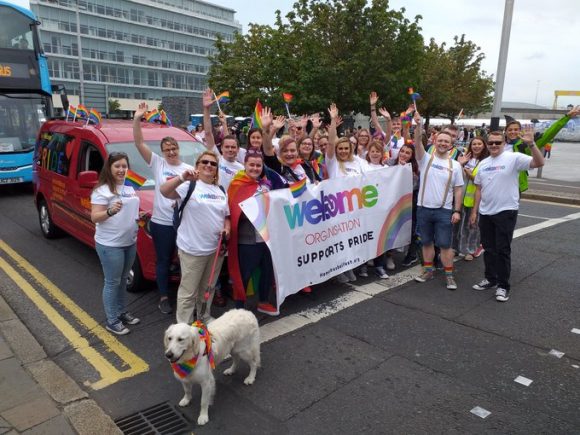 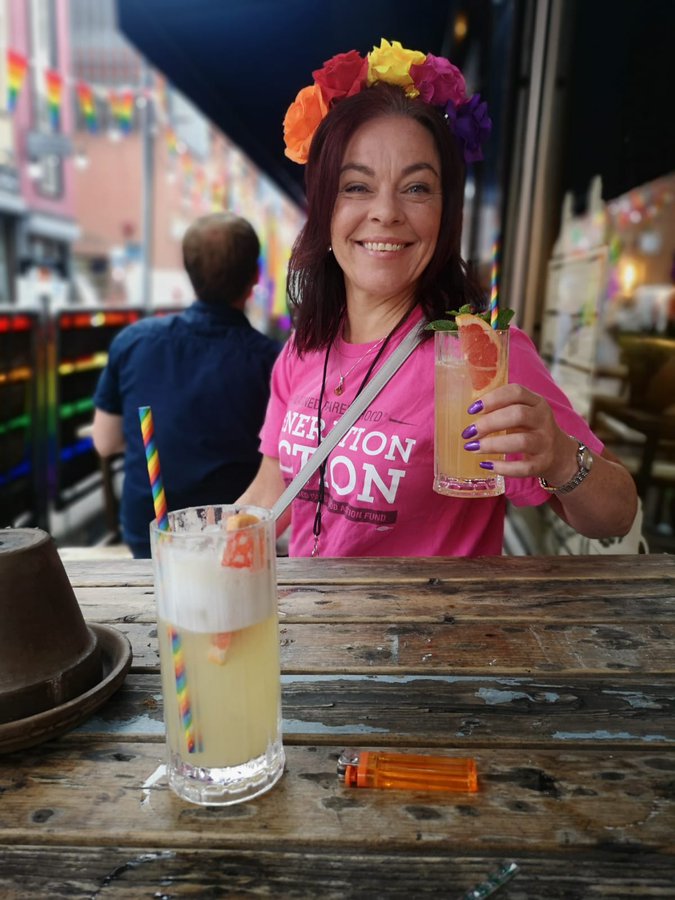 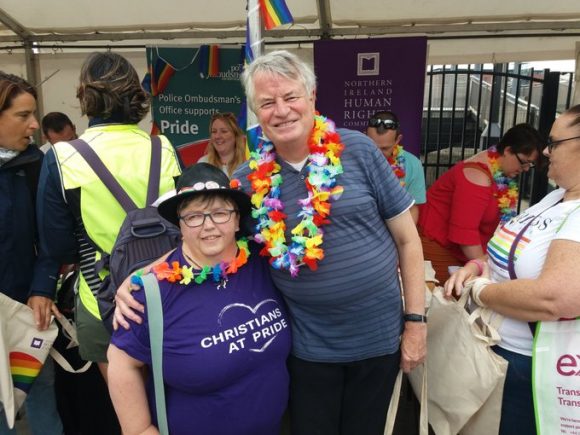