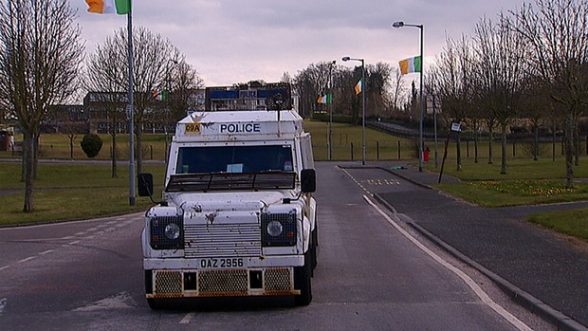 The attack happened last night in Craigavon while officers were on mobile patrol.

Chief Inspector Barney O’Connor said: “At around midnight we received a report of a loud bang in the area of the Tullygally Road.

“A short time later we were contacted by a Belfast based newspaper who reported that a call had been made to them claiming a device had been fired at a police patrol but had missed its target.

“We responded along with ATO colleagues and a suspicious object was located.

“A full security clearance operation was implemented and this is continuing at present.

“At this stage we believe the device to be viable and that this was an attempt by dissident republican terrorists to murder police officers.

“At present it is unclear if the device was fired at a passing patrol or if this attack was set up in such a way as to target those local police officers responding to the area following reports from the public.

“I cannot condemn strongly enough those behind this cowardly and despicable act of terrorism.

“They offer nothing to this community and their actions here do not reflect the wishes of the vast majority of the law abiding residents of this area.

“I would appeal to anyone who could assist our investigation and help us identify the perpetrators to please get in touch with us by calling 101, or by calling the Crimestoppers charity anonymously on 0800 555 111.

“Once the security operation has been completed the device will be removed and will be subject to detailed forensic examination.”