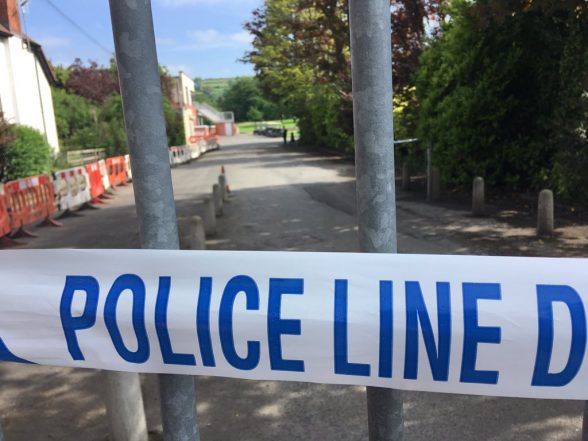 DETECTIVES from the PSNI’s Terrorism Investigation Unit investigating the attempted murder of a police officer in east Belfast on Saturday, June 1, have arrested three people today following a number of searches in Belfast.

One woman aged 22 and two men aged 21 and 50 were arrested during the planned operation.

The 50 year old has since been released and the other two are currently being questioned by detectives at Musgrave Serious Crime Suite.

Detective Chief Inspector Stuart Griffin said: “Since the murderous attack on our colleague last month, when terrorists placed an explosive device under a car, our investigation has continued at pace.

“We also seized a quantity of cash, electronic devices and suspected Class A and Class B drugs during one of the searches.

“We will continue to do everything possible within the law to bring those responsible to justice.

“It is very fortunate that this device was detected before it exploded and that no one was killed or seriously injured.

“It was clearly intended to kill the police officer.

“But in placing this explosive device, the terrorists also put the lives of the officer’s family, neighbours and members of the public at serious risk.

“Anyone who places an explosive device under a car in a built up area after transporting it through local residential streets cares little about our communities.

“In stark contrast they only care about themselves and their own selfish desires. 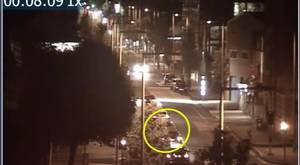 “Their violence is simply reckless and they cannot be allowed to continue to put communities in harm’s way.

“Thankfully the violent dissident republicans’ plan did not work but it does clearly demonstrate that they don’t care who they attack or kill in the process.

“Information from the public remains important and I’d like to hear from anyone who saw two vehicles – a green coloured Skoda Octavia, registration 01D 78089 and a silver coloured SAAB 95, registration NFZ 3216 which we believe were used to plant the bomb under the officer’s car.

“We know that the Skoda travels on the M1 from Lurgan direction towards Belfast after 10pm on Friday 31st May.

“After this, the SAAB disappears for over an hour.

“The Skoda continues its journey along the Newtownards Road before disappearing around 12.18am.

“Then shortly after this at 01.50hrs these two cars were reported having been set on fire on Etna Drive, North Belfast.

“However, there is over an hour – from around 12.10 until 1.25am where these cars are unaccounted for.

“Our investigations indicate that the cars remained in East Belfast, in and around Lower Newtownards Road, Mersey Street, Sydenham, Short Strand, Albertsbridge Road and Beersbridge Road. Did you see them?

“Anyone with information should contact police on 101. If you do not have information about this incident but you suspect that someone you know is a member of a dissident republican group, then contact detectives on 101 or let us know through the confidential Crimestoppers number on 0800 555 111.”