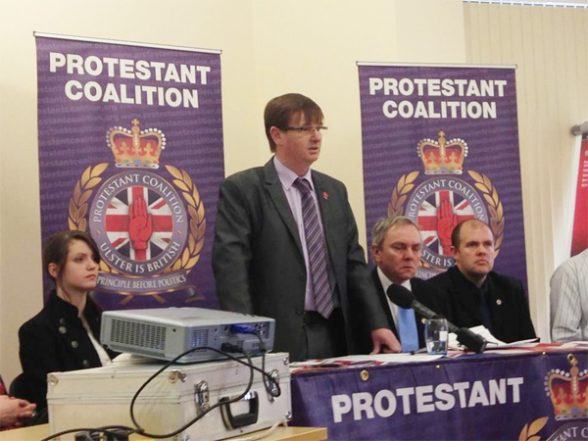 Willie Frazer was a found member of the Protestant Coalition

Mr Frazer in recent years had been battling the ravages of cancer.

But recently he was admitted to hospital where he had been suffering from organ failure.

Friends and family were outraged when a picture of him in hospital was posted on social media, prompting an investigation by a health trust into his breach of privacy.

He was the founder of Families Acting for Innocent Relatives (Fair), a group set up in 1998 to support victims of republican violence.

Mr Frazer stood down from the group in 2012 after its funding was frozen.

His father Bertie, a part-time member of the Ulster Defence Regiment, was killed in an IRA gun attack in 1975. He was one of several family members murdered by republicans.

Mr Frazer was also involved in the flag protests at Belfast City Hall after the council decided only to fly the union flag on designated days in 2012.

He faced several allegations of misspending cash given to his victims group with funding being withdrawn more than once. He dismissed the claims as political.

In February 2013, Mr Frazer was charged with three counts of taking part in an unnotified public procession and obstructing traffic in a public place. 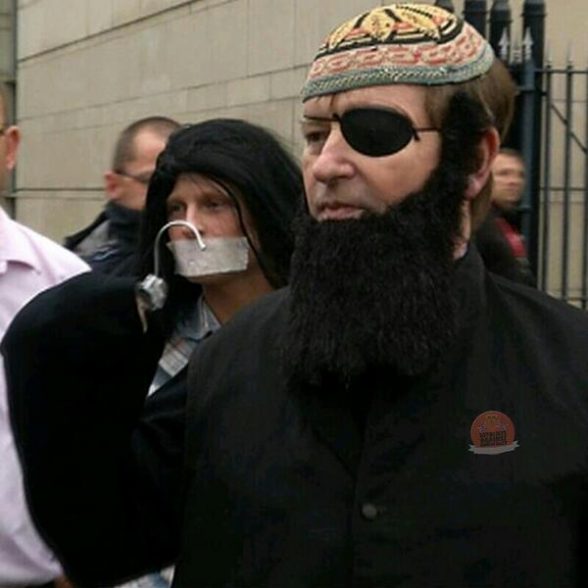 Those charges were dropped in May 2014, but at one court appearance he arrived dressed as radical Muslim cleric Abu Hamza.

Wearing a black robe, skullcap, fake beard, eye-patch and hooked hand, Mr Frazer was protesting at being charged under legislation that, he claims, was brought in to deal with militant Islamic preachers.

He said the only people in the United Kingdom to be charged under these “hate preaching laws” had been peaceful Protestant or Christian protesters from Northern Ireland.

Mr Frazer was also a spokesman, along with Jamie Bryson, for the Ulster People’s Forum, an unelected group set up in the wake of the union flag protests.

In 2015, he protested against the arrival of Syrian refugees in Northern Ireland.

“The last thing we need is to bring people into this country who do not integrate into our community, who do not believe in Christianity,” he said.