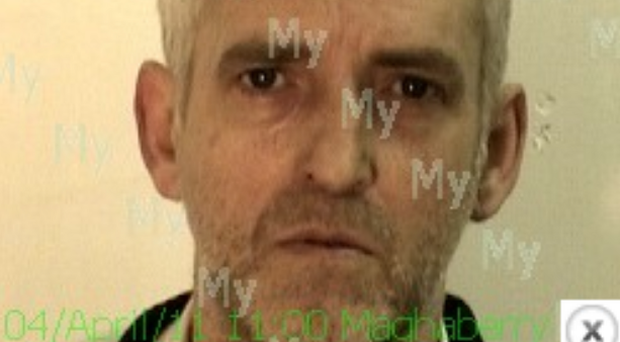 POLICE are trying to locate 55 year old Thomas McCabe, who is currently unlawfully at large.

McCabe was convicted in 1990 of the murder of a 18-year-old youth in England.

The victim was his partner’s cousin and the judge at the Central Criminal Court in London described the murder as a “sudden unpremeditated attack in a moment of drunken and unreasoned jealousy upon a complete stranger”.

He was jailed for life with a minimum period of ten years in jail before he was eligible for parole.

However, the Court of Appeal in England disagreed, and increased his sentence to 11 years.

In 1992, McCabe applied for a transfer back to Northern Ireland which was granted.

Detective Constable William Arnott of the PSNI said today: “McCabe, who was sentenced to life for murder, was released from prison on licence, however following a number of breaches his licence was revoked in January 2018.

“He is described as around 5′ 8″ tall, of medium build with short grey coloured hair.

“We believe he has connections to Newry, Newtownabbey , and Dublin.

“I would appeal to anyone who has seen Thomas McCabe, or who knows of his whereabouts to contact us on 101.

Alternatively, information can also be provided to the independent charity Crimestoppers on 0800 555 111 which is 100% anonymous.