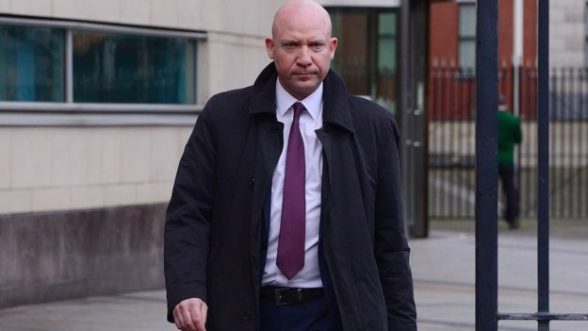 DETECTIVES have arrested two men and recovered a large quantity of stolen beer kegs belonging to a drinks distributor, worth an estimated retail value of £900,000.

The arrests and seizures were part of a proactive investigation into organised crime by detectives from PSNI’s Criminal Investigation Division.

Detective Chief Inspector Dunny McCubbin said: “As part of our investigation we have carried out searches in the Mallusk and Omagh areas over recent weeks and have recovered stolen beer kegs worth an estimated retail value of £900,000.

“Drinks distributors use these kegs to deliver their product to licensed premises across Northern Ireland and then recover them when they are empty.

“In total, the stolen beer kegs recovered as part of our investigation are worth an estimated retail value of £900,000.

“And the thefts have a significant financial impact on businesses that distribute their product to licensed premises.

“Two men were arrested as a result of our searches and the investigation continues.

“We are committed to bringing offenders before the courts and I would appeal to anyone with information on this type of activity to contact detectives in Antrim or Omagh by calling 101 or alternatively you can speak anonymously to Crimestoppers on 0800 555 111.

“I would also remind the owners of licensed premises to be alert to this type of crime and ensure that their premises and stock are secure.”

A 55 year old man was arrested in the Holywood area on 14 May on suspicion of theft and released on bail pending further enquiries.

A 55 year old man was arrested in the Omagh area on 21 May on suspicion of theft and released on bail pending further enquiries.