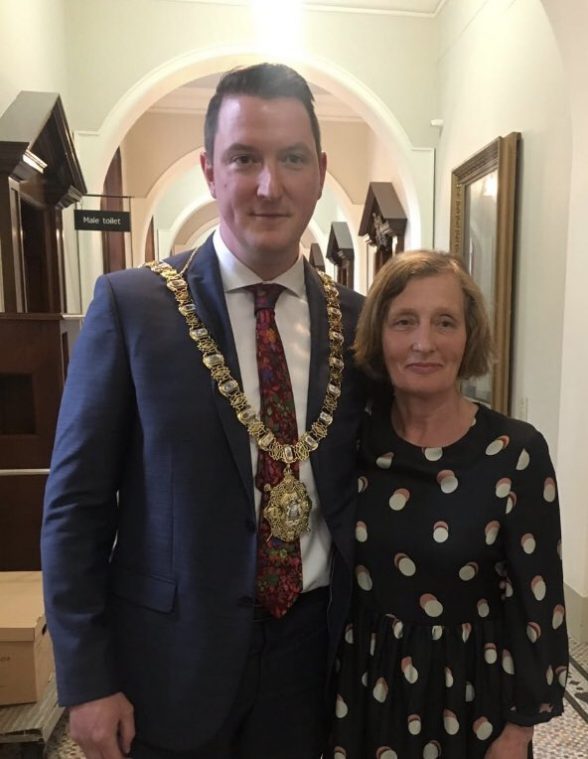 SINN Fein Lord Mayor of Belfast, Councillor John Finucane, has said he will not be deterred after the PSNI warned him that loyalists were planning to attack him in his family home.

The solicitor said police visited his family home on Tuesday night to warn him of the threat.

The police visit came within hours of Mr Finucane being installed as the seventh Sinn Fein Lord Mayor of Belfast.

Mr Finucane said: “Last night the PSNI came to my home to tell me of a threat by loyalists to attack me in my family home.

“I am committed to serving and representing all the people of this city and I will not be deterred from that by threats from anyone.

“This reprehensible threat against John Finucane has to be condemned.

“The reference to his family home was clearly deliberate, given this is where his father was murdered by loyalists.

“It is a cowardly attempt to intimidate the newly-elected first citizen of Belfast.

“And while this must be a very traumatic experience for John and his family, I know that he will not be deterred from representing everyone as Ard Mhéara.”