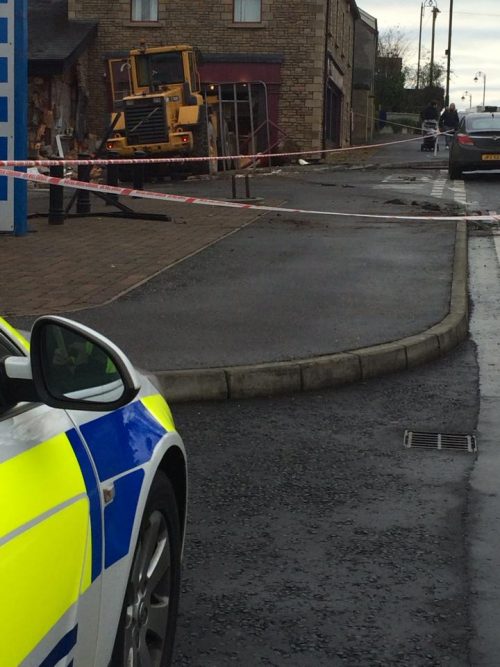 TWO  men were arrested today by detectives investigating a number of recent thefts of ATM machines in the Fermanagh and Tyrone areas.

Detective Chief Inspector Brian Foster said: “Today we conducted five searches in the Omagh area in relation to the theft of ATM machines counties Fermanagh and Tyrone between December 2018 and March 2019.

“During the operation we recovered a digger worth £60,000 which was stolen in Dungannon area last Friday.

“We we arrested two men, aged 29 and 31, on suspicion of theft of ATMs and machinery as well as other related offences.

“They remain in custody at present.”