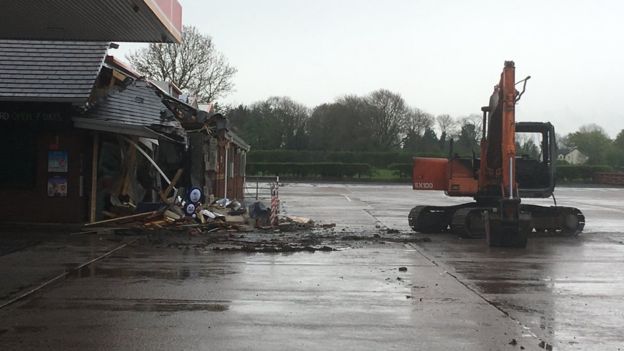 A DAD of two young children from north Belfast man has faced a court charged over the theft of almost £60,000 after police foiled the latest ATM heist.

Lee Wilson, 31, from Benview Drive,  is accused of taking part in the raid at a service station on Tully Road, Nutt’s Corner, in Co Antrim in the early hours of Tuesday morning.

A PSNI detective told the court that up to four people were involved in the daring raid.

Wilson faced Ballymena Magistrates’ Court on seven charges including theft, criminal damage, arson and driving without a licence or insurance.

A defence solicitor told the court Wilson was a “bit player” and added that he was “a very small fish in what may be described as a large pond”.

Wilson was remanded into custody to Maghaberry prison.

A 26-year-old man also arrested over the heist remains in police custody as police inquiries continue.