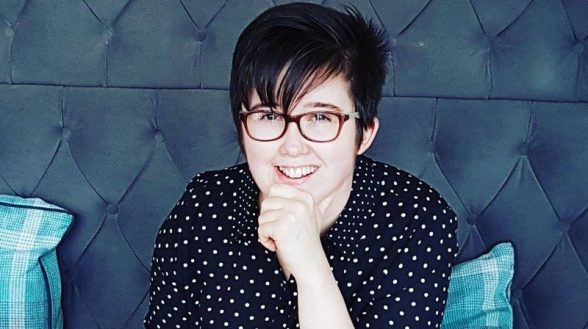 DETECTIVES from the PSNI’s Major Investigation Team have arrested two teenagers  over the murder of Lyra McKee.

The 29-year-old journalist was shot dead by dissident republicans sin the Creggan area of Derry on Thursday, April 18.

The men, aged 18 and 19,  were detained under section 41 of the Terrorism Act at addresses in Derry this morning.

They have been taken to the serious crime custody suite at Musgrave PSNI station in Belfast for questioning.

Under the Terrorism Act, the suspects can be detained for 48 hours before they are either charged or released unconditionally.

However, MIT detectives can apply to a judge to an extension to their detention.

Suspects arrested under the Terrorism Act cannot be released on bail.

On Friday, vigils were held in Belfast and Derry for Ms McKee.