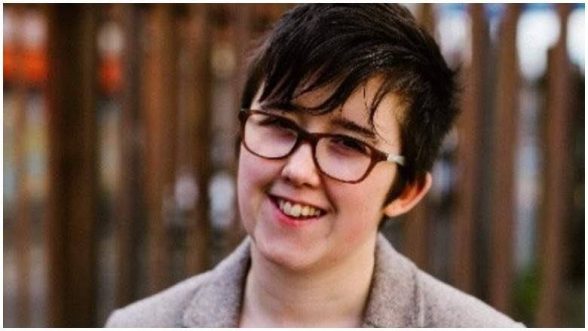 A JOURNALIST has been shot dead during violence in Derry that police are treating as a “terrorist incident”.

Ms McKee, who is originally from north Belfast, had been working on a number of projects and was close to finishing another book to be published.

Up to 50 petrol bombs along with fireworks were also thrown at police Land Rovers.

Assistant Chief Constable Mark Hamilton said the New IRA “are likely to be the ones behind this” and detectives have started a murder inquiry.

“At around 11 pm last night a gunman appeared and fired a number of shots towards the police,” he added.

“Lyra McKee, a young woman at 29 years old, was wounded.

“She was taken away from the scene in a police land rover to Altnagelvin Hospital but unfortunately she has died.”

During the trouble she tweeted a picture of the violence, with the words: “Derry tonight. Absolute madness.”

The violence broke out after police raids on houses in the Mulroy Park and Galliagh areas. 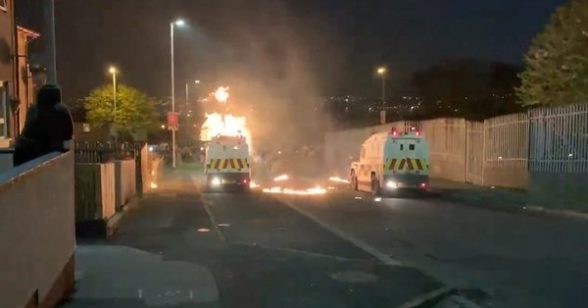 “Violent dissident republicans are planning attacks in this city and we were carrying out a search operation in Creggan,” said Mr Hamilton.

“We were looking for firearms that may have been used over the Easter weekend.”

Rioting began at Fanad Drive in the city and more than 50 petrol bombs were thrown at police and two vehicles hijacked and set on fire.

“I believe that this was orchestrated – orchestrated to a point that they just want to have violence and attack police,” said Mr Hamilton.

“Bringing a firearm out is a calculated and callous act.”