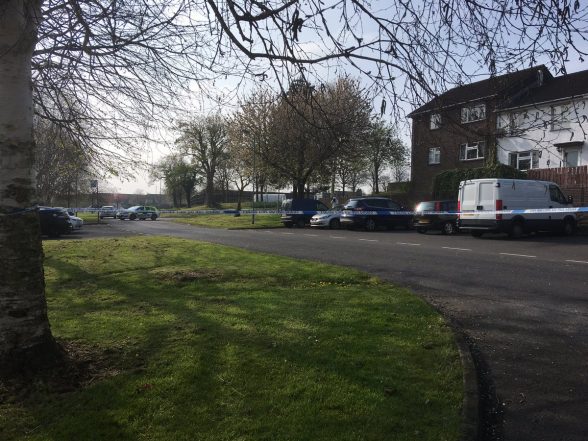 POLICE say the security alert at the Rathvarna Drive area of Lisburn has now ended.

ATO were tasked to the scene in Ballymacash and an object found in the area, described as a crude device, has been taken away for further examination.

Residents who were evacuated from their homes have now returned to their properties.

“I’ve spoken with the individual targeted by a crude device in Rathvarna Drive and offered my support in the days ahead,” said Mr Givan.

“Those responsible have nothing to offer our society and after meeting with people in the Community Centre it will only strengthen the resolve of this local community.

“The police will need to establish the motive behind this attack but from talking to local people there is concern that republicans are to blame and tensions have been raised by this cowardly act designed to target and intimidate.

“I would encourage anyone to report anything suspicious they may have seen to the police.”