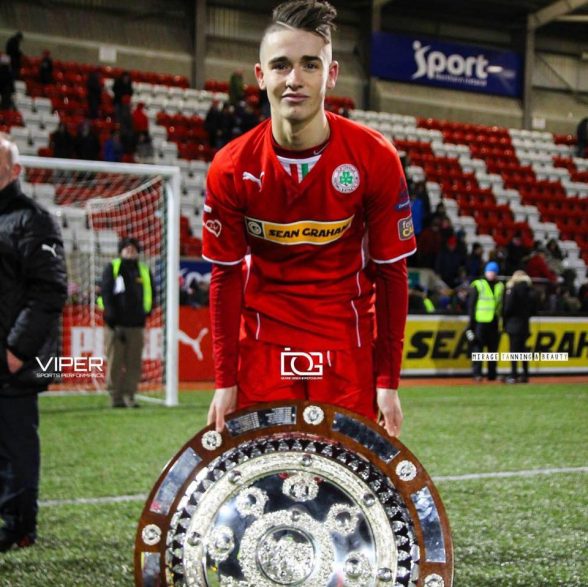 Donnelly should have been sacked last November after admitting in court to a charge of distributing an indecent image of a child he had sex with.

But the north Belfast club decided to wait until the final outcome of the sentencing process, which sparked widespread criticism.

On Tuesday, at Belfast County Court, he had his prison sentence reduced from four months to three months.

Donnelly took a photograph of a 16-year-old girl while they were having sex in June 2016.

The 24-year-old,  of Ardilea Drive in north Belfast, had been on bail pending the outcome of his sentence appeal.

In a brief statement issued today, Thursday April 11,  the Solitude side: “Cliftonville Football Club can confirm that Jay Donnelly has had his contract terminated with immediate effect, following the conclusion of our Disciplinary proceedings.”

The Irish Football Association’s (IFA) disciplinary committee is expected to meet next week to consider action against Donnelly.

The committee may decide to charge him with bringing the game into dispute.

Among the sanctions they could impose would be a six-month ban from football.

Belfast Recorder Judge David McFarland, who heard the appeal last Friday, reduced the sentence on Tuesday, but declined to suspend it.

He said a custodial term was appropriate, given the need to send out a strong “deterrent” to others.

The player sent the photograph of the girl to a friend and a WhatsApp group that included fellow Cliftonville players.

Donnelly will be freed from Maghaberry prison in early July.

He will be on the sex offenders’ register and will be monitored by the Probation Service.