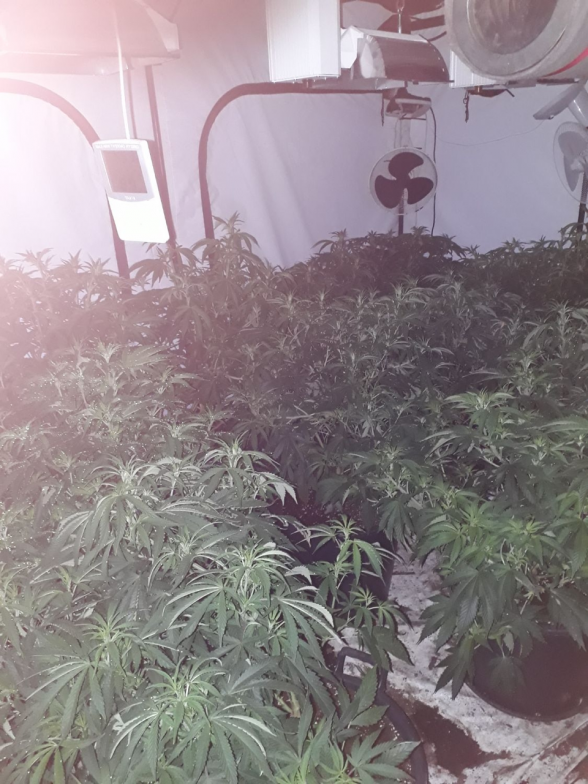 POLICE have smashed a cannabis factory (pictured above) situated in an uninhabited cottage and seized plants worth £20,000.

The cannabis factory was found in the disused cottage on the Annaghad Road in Cullaville, south Armagh.

Sergeant William Nulty said: “We received information in the early hours of Tuesday 19th February that illegal drugs were being grown at the property.

“Officers attended and found cannabis plants with an approximate value of £20,000 and a large quantity of cultivation apparatus.

“This was a very professional operation which had been set up in a rural location in an effort to avoid detection.

“I am very pleased to have taken these drugs off our streets.

“No arrests have been made at this stage but our enquiries into the matter are ongoing.

“I would appeal to anyone who noticed any suspicious activity in the area of Annaghad Road recently or anyone who has any information about the supply or use of illegal drugs in the South Armagh area to contact officers at Crossmaglen on 101.