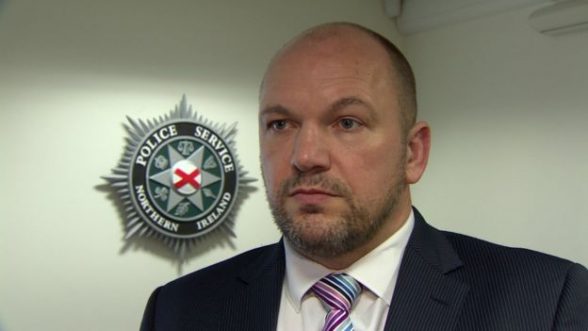 LOYALIST murder victim David Hugh Murphy was blasted in the head twice from a shotgun.

The body of the 52-year-old was found at a house in Church Road, Glenwherry, Co Antrim on Tuesday by a friend around 1 pm who then alerted police.

Detectives from the PSNI’s Major Investigation Team believe he was shot twice in the head with a shotgun.

A forensic examination of the scene is being carried out and police have yet to trace the murder weapon.

Det Supt Jason Murphy said a motive has not been established but there are multiple lines of inquiry in the police investigation.

One line of inquiry is that the victim was murdered by loyalist paramilitaries.

“We believe David was shot twice with a shotgun at his head but the post mortem examination is still ongoing,” he told BBC News NI.

“He was known to police and his background will form part of the investigation as we try to establish whether or not his background is relevant to the murder.

“At this stage it’s too early to say.”

Mr Murphy appealed for anyone with information about the murder to contact police.

The murder victim was well known to police.

He had been accused of blackmail and threats to kill last March and was bailed after denying the charges.

It is understood he and another man had been accused of trying to extort £10,000 from a man.

In 2004, he was accused of possessing firearms and ammunition, and having the items in his possession for an act of terrorism for the UVF.