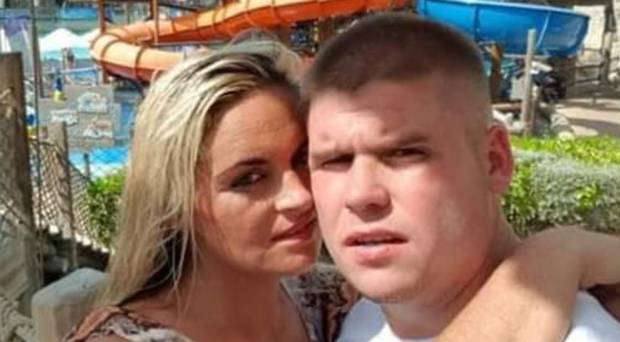 DETECTIVES investigating the murder of 30-year-old Pat Ward have been granted an additional 28 hours by a court to question a 23-year old man and a 33-year old woman.

The pair were arrested on last Saturday morning,  February 9,  on suspicion of murdering the father-of-four.

Mr Ward was found in an alleyway at McCrea Park in Clogher.

He had been attacked and stabbed with with a machete and a knife.

The victim had only recently moved to Clogher from Co Sligo.

Detectives believe the murder was a result of a dispute between rival members of the Travelling community.

His savage and brutal murder has shocked his family, leaving behind widow Ellie and their four children.

His sister Bridget Ward said: “He has left a young wife and four kids and a broken hearted family behind.”

Barney Ward, the victim’s brother, urged anyone with information about the murder to come forward to the police.

A house at McCrea Park remains cordoned off with forensic officers at the scene.

Detectives want anyone who noticed unusual activity at McCrea Park late on Friday night or early on Saturday morning to contact them.

Local politicians described the murder as “brutal”, saying the local community were in “total shock” at the killing.