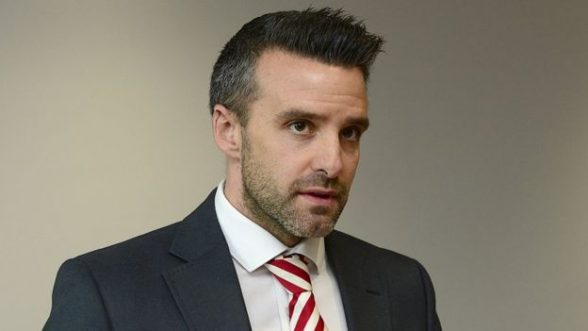 DETECTIVES from the PSNI’s Paramilitary Crime Taskforce have welcomed the sentencing of Gary Coleman at Belfast Crown Court today, Tuesday, January 22, for possession of Class A drugs with intent to supply.

The 25 year old from Belfast, but now with an address at The Green, Holywood, Co Down, was sentenced to two years imprisonment, half to be served in custody and half on license.

Detective Superintendent Bobby Singleton said “Following a search of a property in Hopewell Crescent as part of an investigation linked to West Belfast UDA, cocaine with an estimated street value of £1,200 was discovered.

“The cocaine was divided up into individual bags which would have been destined for sale in the local community.

“I welcome today’s conviction of Gary Coleman which is further evidence of the PCTF’s continuing commitment to tackling paramilitarism.

“The UDA, like all paramilitary groups in Northern Ireland, claim to be protecting their communities from crime.

“The reality is that they are heavily involved in a wide range of criminal money-making operations including taking a cut from alleged local drug dealers and supplying controlled drugs themselves.

“This is solely for their own personal gain – making profit at the expense of causing harm and loss to local families.

“Paramilitary groups and those who deal drugs only serve to blight the communities they operate in.

“These people do not care about the damage that they cause, preying on the most vulnerable members of their communities and trying to control them by using fear and violence.

“We are committed to bringing those involved in the criminality associated with Paramilitarism before the courts.

“We will continue to aggressively and proactively pursue those who are intent on damaging our communities by supplying illegal drugs.

“The communities most damaged by the sale of illegal drugs support our ongoing efforts and I would appeal for anyone with information regarding criminality by paramilitary organisations to contact police on 101.