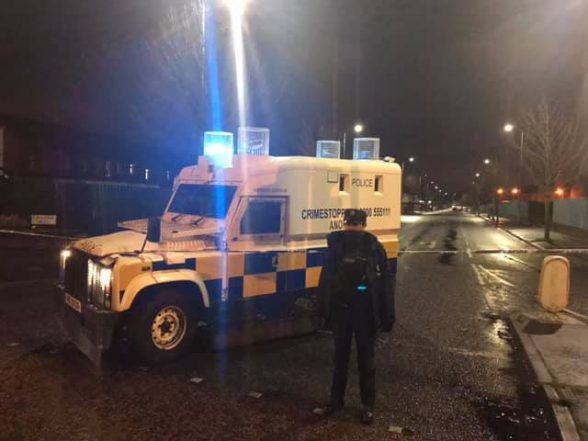 POLICE are dealing with a security alert in west Belfast tonight.

A passing PSNI patrol spotted a suspect object at the security gates in Lanark Way at its junction with the Springfield Road.

Army Technical Officers are at the scene.

The bomb squad has already carried out one controlled explosion on the device.

No homes have been evacuated during the ongoing alert.

The PSNI say: “Road closures are in place on the Springfield Road and Lanark Way in north Belfast due to the discovery of a suspicious object.

“There are no further details at present.”