2019 will mark the start of a three-year cultural transformation for Greater Manchester, with a host of major projects leading up to the opening of major new arts centre The Factory.

These projects will pave the way for the opening of the North of England’s flagship new cultural venue, The Factory; a 13,300-square metre arts and theatre space anticipated to attract 850,000 people a year from 2021.

The major new landmark, designed by Rem Koolhaas’ Office for Metropolitan Architecture (OMA), will allow artists to create work of huge ambition and see it hosting everything from major exhibitions and epic concerts to intimate performances and immersive experiences, including dance, theatre, music, opera, and visual arts.

With tourism numbers continuing to break records; a spate of new hotels, bars, restaurants and tourism experiences on the cards; and a host of new international airline routes from China, India the US and Europe, 2019 is set to be a landmark year, kickstarting a cultural wave across Greater Manchester.

Sheona Southern, Managing Director at Marketing Manchester part of The Growth Company, said: “2019 will herald the next wave of Greater Manchester’s cultural renaissance.

“In 2015 we saw two major cultural developments come to life in the reopening of the award-winning Whitworth and the arrival of HOME; and four years later we are about to enter a period where we will see some £200 million of investment in culture start to bear fruit for the region. 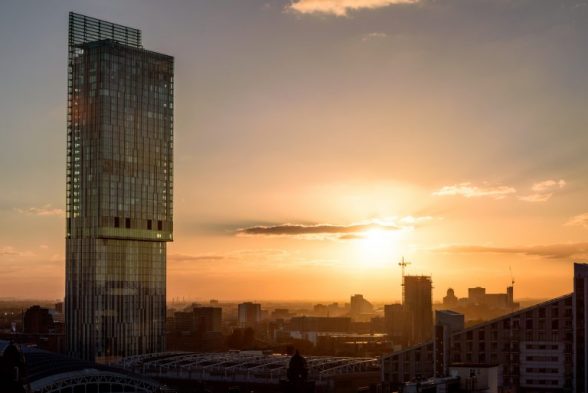 “We also have Europe’s largest garden project, RHS Bridgewater, and the North of England’s flagship cultural venue, The Factory, incoming.

“All incredibly exciting developments that will throw the spotlight on the region in successive waves.

“With increased pressure on cities to diversify their offering, these are incredibly exciting times for Greater Manchester.

“You can expect to see Marketing Manchester throwing its full support behind these projects and the cultural sector to ensure that our visitors – domestic and international alike – understand that we are emerging as one of the most pioneering cultural destinations in the world.”

One of the top reasons to visit Manchester in 2019 is the Manchester International Festival(MIF 2019), which returns 4 – 21 July to venues and found spaces across the region. The biennial event is a highlight in Manchester’s cultural calendar and will be the final MIF to take place before the opening of The Factory; the North of England’s flagship new cultural venue.

The world-class Manchester International Festival will open with a piece by Yoko Ono in Cathedral Gardens, titled Bells for Peace, which will bring together thousands of diverse voices to ring out for peace – and welcome the world to Manchester. Other artists announced to perform at the festival so far include actor Idris Elba, rapper Skepta and singer-songwriter Janelle Monáe. A full festival line-up announcement will be made in March 2019.

Manchester has a strong and ever-present musical identity recognised around the world. Building a strong future for this identity will be the expansion of iconic music venue Band on The Wall in 2019, which will bring the adjoining Victorian Smithfield Market building back into use to significantly increase its capacity. The new space will be used to expand gig sizes and create a new place to teach young people about the music industry.

Youth-led Contact theatre will continue its tour of venues across Greater Manchester, which includes its popular Queer Contact season, whilst its home location complete a transformation before reopening in late 2019.

Another entertainment development for next year will be boutique cinema chain Everyman Cinema bringing their living-room style cinemas to Manchester for the first time in Autumn 2019 at the upcoming ABC buildings, part of the new St. John’s quarter, one of several emerging neighbourhoods in the city.

Following success in 2017, Britain’s longest-running soap brings back Coronation Street The Tour to take guests around the famous cobbles every Saturday and Sunday in February to May 2019, discovering behind-the-scenes of one of the UK’s largest television lots, now vastly expanded at its new MediaCityUK location. In a similar capacity RHS Garden Bridgewater will offer a series of sneak peek events throughout the year where the public can see the project coming to life before opening.

Other arts and culture attractions to look out for in 2019 include – the upcoming Harry Potter-inspired Wizardry School at a former Franciscan Monastery (February); the West End hit show The Book of Mormon making its Manchester debut at the Palace Theatre (June); the annual Manchester Pride Festival which is set to take on a new exciting format (August); the annual Food & Drink Festival returning to Albert Square (September); and the Manchester Literature Festival and Manchester Science Festival‘s, both taking place in October.

Political tourism on display in a radical city

2019 marks the 200th anniversary of the Peterloo Massacre, a major event in UK political history that occurred on 16 August 1819. 60,000 people held a peaceful protest to demand parliamentary representation but were dispersed when the cavalry charged on them killing 18 people and injuring 650 others. The day started a chain reaction for democracy in the UK and resulted in the founding of the Manchester Guardian (today published as The Guardian). From June to August a vast Peterloo 2019 events programme will unfold across the region, featuring creative interpretations and exploration from regional, national and internationally recognised contributors.

Manchester’s strong history in protest and democracy also has its roots in the suffragette movement. As the birthplace of Emmeline Pankhurst, Manchester unveiled a statue of the suffragette leader in St. Peter’s Square in December 2018, commemorating her valiant role in the fight for women’s rights. The city has also been celebrating 100 years since women won the right to vote through a number of centenary events that have taken place at The People’s History Museum and The Pankhurst Centre.

In recent years there has been a significant increase in new hotels opening across the region and this trend shows no sign of slowing down with the number of rooms available in Manchester city centre set to increase by up to 40% by 2020.

The first major opening for 2019 will be London Warehouse. The former Place Aparthotel on Ducie Street is undergoing an extensive refurbishment to bring out the character of the Grade II listed Victorian railway warehouse, creating 166 design-led serviced apartments operated by the Native group.  Also on Ducie Street will be the £25m luxury Dakota Deluxe Hotel due to open in May 2019, offering 137-bedrooms as part of the Piccadilly Basin regeneration. Elsewhere in the city, Manchester United football icons Gary Neville and Ryan Giggs are developing the Stock Exchange Hotel, a 41-bedroom boutique with in the former historic stock exchange.

As the fastest growing food and drink destination outside of London, ongoing demand for casual dining is expected to continue in 2019 whilst several upmarket developments will join the fold.

Many eyes are now fixed on Gary Usher as he prepares to open his highly anticipated sixth restaurant Kala on King Street in February; a new food hall Market 41 set to open by the end of the year in emerging suburb Urmston; award-winning Hip Hop Chip Shop is taking up bricks and mortar to serve up untraditional fish and chips in Ancoats; ongoing cyclical vendor changes at pop-up food and trader space Hatch will help to nurture new talent; and a concept at the aforementioned London Warehouse by the team behind Bistrotheque is expected to be one of the biggest hits of the year.

2018 saw a host of openings across the region that will reverberate into 2019. The first dual-branded hotel Crowne Plaza and Staybridge Suites opened on Oxford Road; ambitious new restaurant Peter Street Kitchen embraced shared dining with a combination of Mexican and Japanese cuisine; Dishoom brought Bombay’s Irani-café scene to Manchester Hall with queues from morning til night; the city joined UNESCO’s network as a City of Literature; a new direct route from Mumbai to Manchester was launched bringing extra tourism opportunities; andThe Cow Hollow Hotel in the Northern Quarter won several awards making it one of the most sought after places to stay in the city.

It was also announced in December 2018 that Manchester will be represented at the RHS Chelsea Flower Show for the first time with The Manchester Garden, using largely re-used materials and asking questions about how urban cities create green infrastructure.

This will provide a poignant talking point ahead of the 2020 opening of RHS Garden Bridgewater in Salford, Greater Manchester; which is currently the biggest gardening project in Europe.