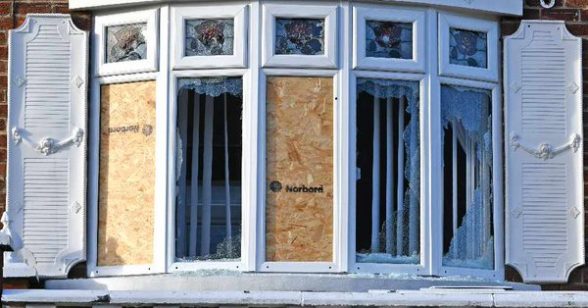 A POLICE commander in Belfast has appealed for information following a series of attacks on a home in the west of the city linked to “faceless” dissident republican criminals.

In the latest attack around 2 am this morning, the property at Dermott Hill Parade was set alight.

George Richmond and his wife Geraldine had already fled their home of 30 years after an attack the previous day when masked men laid siege to the house, battering windows and doors with sledgehammers.

Mr Richmond has blamed “cowardly and faceless” dissident republicans for the spate of attacks.

In December, a number of shots were fired at the house and Mr Richmond believes the attacks are linked to his son and his former drug problem.

This evening, PSNI’s Chief Superintendent Jonathan Roberts said: “Detectives are currently following a number of lines of enquiry after an overnight fire at a house in the Dermott Hill Parade area of west Belfast. Thursday, January 3.

“However, we have no one definitive motive for this arson attack and I would urge anyone with information about the attack to contact police with any information that could help the investigation and put an end to the fear and distress being caused. 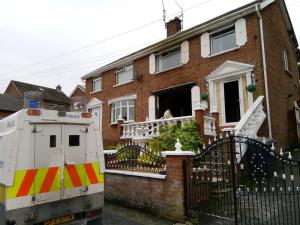 “Everyone has a right to live in a safe and stable community and this type of senseless and reckless criminality will not be tolerated.

“I want to reassure the people of west Belfast that we are taking what happened last night very seriously – as well as a number of other incidents in recent weeks which we believe are related.

“If you saw any suspicious activity in the Dermott Hill Parade area in the early hours of this morning, please get in touch with detectives on 101, quoting reference number 97 of 3/1/19.”