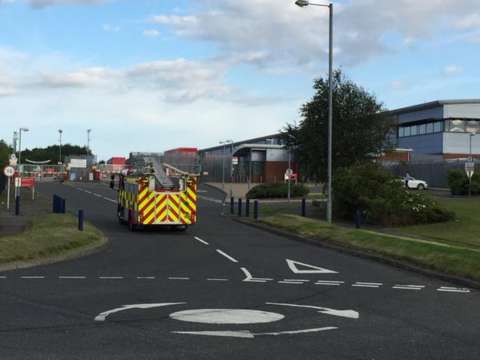 The alarm was raised after a suspicious package containing ‘white powder’ was found at the Royal Mail returns office at Enterprise Way in Mallusk.

Police and fire crews were called to the area and cordoned off the scene while the package was examined.

A PSNI spokesperson said this afternoon: “Police and other emergency services attended a report that a quantity of white powder had been discovered in a package at a sorting office on Enterprise Way in Newtownabbey around 9.25 am this morning, Wednesday, November 28.

“The powder was checked by Northern Ireland Fire & Rescue Service and found to be a non-hazardous substance.”