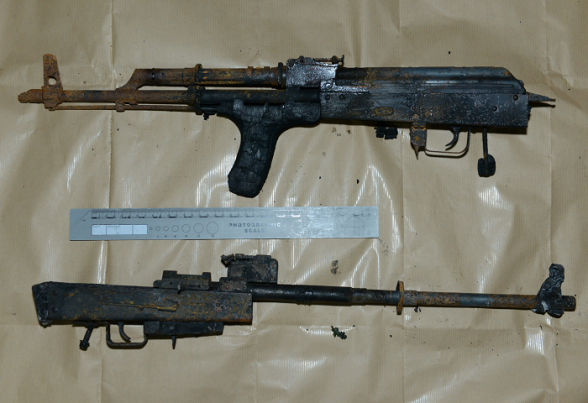 DETECTIVES from the PSNI’s Terrorism Investigation Unit have conducted a fresh search of linked to a ‘New IRA’ arms dump.

A property in the Lenadoon area of west Belfast was searched earlier today in connection to a firearms seizure in the Rodney Drive area of the city earlier this month.

Police say a number of items have been seized and taken away for examination.

Yesterday, a man and woman were arrested over ‘New IRA’ haul of weapons, explosives and ammunition which were found in a boiler house at Rodney Drive earlier this month following a fire.

The 33 year old woman has now been released unconditionally.