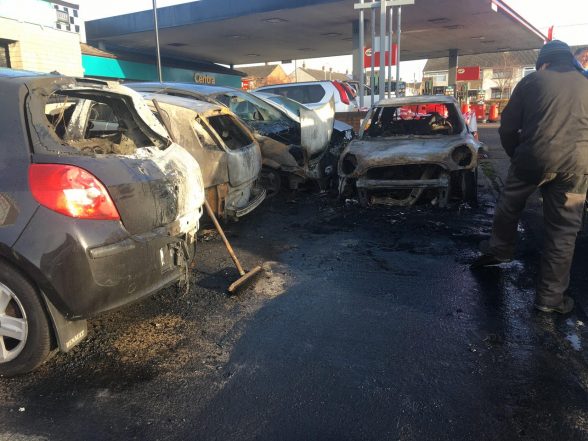 POLICE are investigating an arson attack on vehicles – the second incident in just over three weeks.

The PSNI say that officers on patrol on the Woodburn Road area of Carrickfergus came across a number of cars on fire at local business premises shortly after 2 am this morning Tuesday, November 27.

NI Fire and Rescue crews put out the blaze and it is understood that a total of 5 cars have been destroyed.

Just over three weeks ago, six cars were destroyed at Dunlop Tyres on Woodburn Road in Carrick.

The owner of the business blamed the UDA for that attack, saying they had given him 48 hours to leave the town.

In relation to this morning’s incident, Inspector Michael Simpson said: “Those responsible have shown no regard for the safety of the local community in carrying out this reckless act.

“Regardless of the motivation their actions are only increasing tensions and causing fear.

“I would appeal for anyone with influence to use it to prevent incidents like this happening again.

“We are appealing for anyone with information or who saw anything suspicious in the area during the early hours to contact us on 101 quoting reference 72 of 27/11/18. 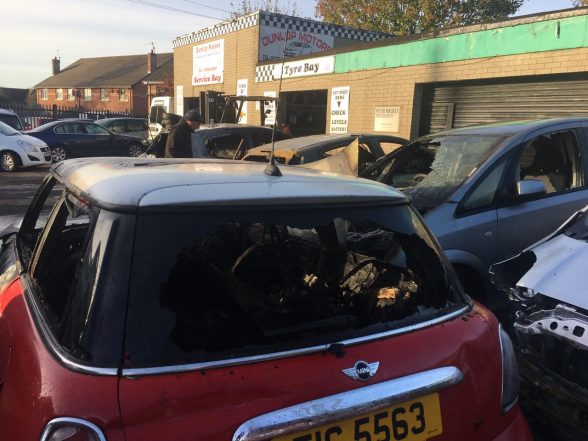