MAN ARRESTED AFTER DRUGS AND CASH SEIZED IN PLANNED RAID 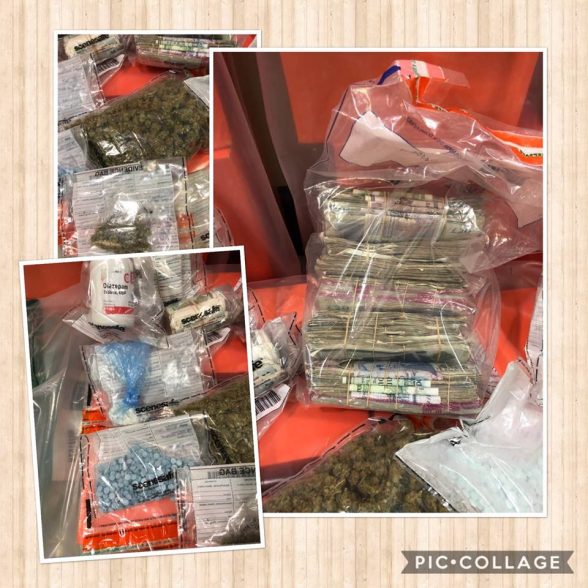 A 38-year-old man has been arrested on suspicion of drug-related offences following a PSNI search of a property.

Officers conducted the planned search at an address in Comber, Co Down, during which a number of items were seized, including a quantity of suspected drugs and counterfeit goods. A quantity of money was also sezied.

“He was also arrested on suspicion of possessing items that breached a registered trademark.

“The man has since been released on bail pending further enquiries.”

Inspector McClements added: “We are committed to disrupting criminal activities, including drugs and selling counterfeit goods.

“People who choose to become involved in this type of criminality are a blight on society and the communities they exert their control over.

“I would appeal to anyone who has information, or concerns about these type of criminal activities to get in touch.

“We will act on information we receive. It may not always be visible and immediate but, please be assured, every piece of information is assessed and acted on.”