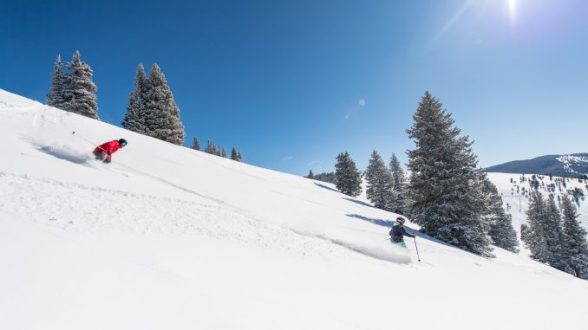 VAIL Resorts expands access to seven consecutive days of skiing at Les 3 Vallées in France and Skirama Dolomiti Adamello Brenta in Italy with no restrictions, resulting in 26 days of European access

The Epic Pass is the only multi-resort pass to offer significant access to European resorts. Sunday, Nov. 18 is the last chance to buy the 2018-19 Epic Pass and the entire suite of Epic Season Pass options.

Skiing began in Europe and that storied heritage – along with the incredible terrain and abundant culture – puts Europe on the bucket list of every skier and snowboarder.

The Epic Pass was the first multi-resort pass to offer North American and European access and now it offers an even more expansive experience.

“The value of the Epic Pass is giving skiers and snowboarders the flexibility to ski and ride where and when they want,” said Kirsten Lynch, chief marketing officer of Vail Resorts. “Our long-term alliances with Europe’s best ski resorts truly put the Epic Pass in a class of its own.”

“Les 3 Vallees is proud to expand the alliance with the Epic Pass and give skiers and snowboarders access to the largest interconnected ski area in the world,” said Vincent Lalanne, general manager of Les 3 Vallées. “We look forward to welcoming Epic Pass holders to experience the French Alps this season.”

Les 3 Vallées, the world’s largest connected ski area, is located in the Tarentaise Valley, in the heart of the French Alps. As implied by its name, the area consists of three valleys: Saint Bon, Les Allues and Les Belleville.

South of the Alps, nestled amongst some of the most beautiful mountain peaks in the world such as the Brenta Dolomites and Adamello, is some of the best skiing in Italy.

Skirama Dolomiti Adamello Brenta is home to 150 lifts and 236 miles (379 km) of ski slopes that make up acclaimed resorts such as Madonna di Campiglio and Pinzolo in Val Rendena; Folgarida- Marilleva, Peio and Tonale in Val di Sole; Ponte di Legno, Andalo-Fai della Paganella, Monte Bondone and Folgaria- Lavarone. The winter offering is enriched by the high-quality cuisine and the exclusive “Italian style.”

The 2018-19 Epic Pass access also includes restricted access to Paradiski and Tignes-Val d’Isere in France (2 days at each), 4 Vallées in Switzerland (5 days), in addition to Arlberg in Austria (3 days). The Paradiski ski area in France is a true

skier’s paradise, covering the domains of La Plagne, Les Arcs and Peisey-Vallandry, with two glaciers and three summits ranging from 3,937-10,660 feet (1200 – 3250 meters) in altitude. An unforgettable ski resort in France, Val d’Isère offers a huge ski area at the heart of the French Alps.

With practically limitless skiing and breath-taking vistas, Val d’Isere and neighboring Tignes have a reputation for excellent terrain including some of the most exhilarating off-piste skiing worldwide. Verbier, part of the 4 Vallees ski area, is the largest resort in the Swiss Alps, is acknowledged as one of the premier “off piste” resorts in the world, and is home to a number of professional freeride competitions. 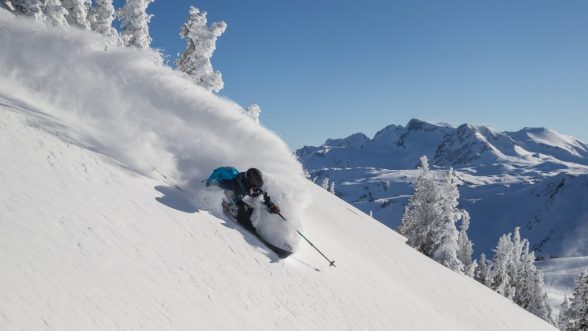 Above and beyond this reputation, Verbier is well-known internationally for its electrifying, cosmopolitan nightlife, and the resort is proud of its legendary apres- ski and its lively clubs.

For decades, the Austrian mountain range between Tyrol and Vorarlberg, which is home to Arlberg, has been a highly sought-after metropolis for international ski and snowboard enthusiasts. Arlberg is widely considered the cradle of modern skiing and home to the four world-famous ski resorts St. Anton, Lech, Zürs, Stuben, and St. Christoph.

Epic PassTM: For $949, the Epic Pass offers unlimited, unrestricted access to 19 mountain resorts plus additional access to 46 more, including 20 new mountains for the 2018-19 season. Discover 65 of the world’s premier resorts throughout the United States, Canada, Australia, Japan, France, Switzerland, Italy, and Austria.

The Epic Pass pays for itself in just under five days of skiing or snowboarding. Enjoy unlimited, unrestricted access to Vail, Beaver Creek, Breckenridge, Keystone, Crested Butte and Arapahoe Basin in Colorado; Park City in Utah; Heavenly, Northstar and Kirkwood at Lake Tahoe; Stowe and Okemo in Vermont; Mount Sunapee in New Hampshire; Stevens Pass in Washington; Afton Alps in Minnesota; Mt. Brighton in Michigan; Wilmot Mountain in Wisconsin; Whistler Blackcomb in Canada; and Perisher in Australia for the 2019 season. New for the 2018-19 season, Epic Pass holders will receive seven days of skiing or snowboarding with no blackout dates at both Telluride in Colorado and at Resorts of the Canadian Rockies (Fernie Alpine Resort, Kicking Horse Mountain Resort and Kimberley Alpine Resort in British Columbia, Nakiska in Alberta, and Mont-Sainte Anne and Stoneham in Quebec), in addition to five total consecutive days with no blackout dates at Hakuba Valley’s nine ski resorts in Japan. The Epic Pass also grants limited access to Les 3 Vallées, Paradiski and Tignes-Val D’Isere in France; 4 Vallées in Switzerland; Arlberg in Austria and Skirama Dolomiti in Italy. A child pass (ages five to 12) is $499.

Vail Resorts encourages guests to purchase pass insurance. All of the Company’s season pass products are non- refundable and non-transferable; however, pass insurance covers pass holders in the event of unexpected circumstances including sickness, injury and job loss. Find out more at www.epicpass.com.