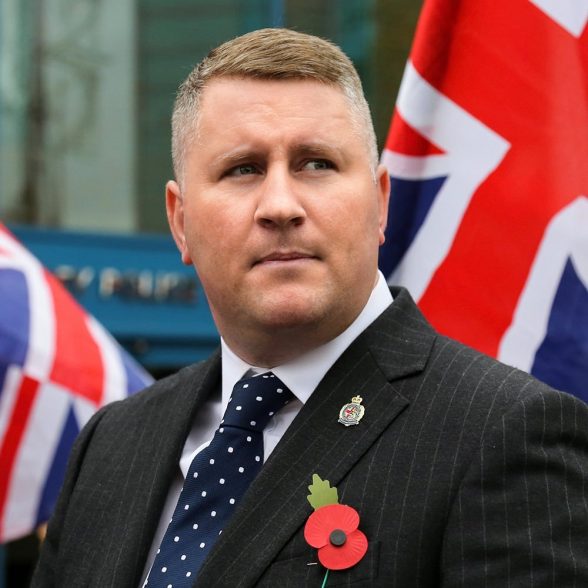 BRITAIN First leader Paul Golding has been charged following a police probe into a race hate campaign against Romanians.

The 36 year old man has been charged with three counts of ‘publishing written material intended to stir up hatred’.

He is further accused of one count of ‘using threatening, abusive, insulting words or behaviour’.

He is expected to appear at Ballymena Magistrates’ Court on the Thursday, November 15.

The charges follow an arrest on Wednesday, October 24, in connection with public order offences in the Ballymena area on Saturday, October 20.