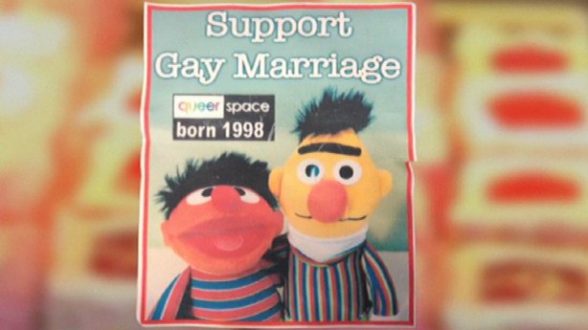 THE Christian owners of a bakery in Belfast have won a UK Supreme Court appeal over a finding that they discriminated against a customer by refusing to make a cake decorated with the words “Support Gay Marriage”.

Five justices unanimously ruled that the McArthur family did not discriminate against gay rights activist Gareth Lee on the ground of sexual orientation.

The court’s president, Lady Hale, said: “This conclusion is not in any way to diminish the need to protect gay people and people who support gay marriage from discrimination.

“It is deeply humiliating, and an affront to human dignity, to deny someone a service because of that person’s race, gender, disability, sexual orientation, religion or belief.

“But that is not what happened in this case.”

The ruling follows the latest round of a legal action brought against family-run Ashers bakery in Belfast by gay rights activist Gareth Lee, who won his case initially in the county court and then at the Northern Ireland Court of Appeal.

The bakery went on to fight the finding of discrimination at a Supreme Court hearing in Belfast in May.

During the Supreme Court proceedings, the panel of justices were told that the owners were being forced to act against their religious beliefs.

The legal action against Ashers was taken by Mr Lee with support from Northern Ireland’s Equality Commission.

His order was accepted and he paid in full but, two days later, the company called to say it could not proceed due to the message requested.

In the original court case, District Judge Isobel Brownlie ruled that religious beliefs could not dictate the law and ordered the firm to pay damages of £500.

Mounting an unsuccessful challenge at the Court of Appeal in Belfast in 2016, Ashers contended that it never had an issue with Mr Lee’s sexuality, rather the message he was seeking to put on the cake.

Mr Scoffield told the justices that the case, a simple transaction, raised an issue of principle since those with deeply-held religious or philosophical convictions could be compelled to act against their beliefs.

Barrister for Mr Lee Robin Allen said: “This was a relatively small incident in his life which has become enormously significant and continues to be so. That is a heavy burden to bear for one individual.”