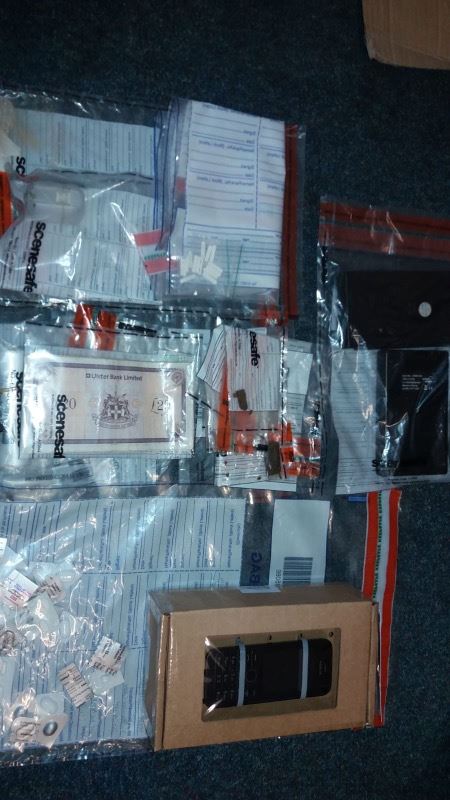 DETECTIVES from PSNI Organised Crime Unit have arrested a man and a woman in Dungannon this morning (Thursday 20th September) following the seizure of an estimated £60,000 worth of suspected cocaine.

Detective Inspector Keith Gawley said: “A search was carried out at a house in the Lambfield Drive area this morning following the seizure of suspected cocaine with an estimated value of £60,000.

“The seizure was a joint operation with colleagues from the UK Border Agency, which took place in June this year in the greater Belfast area.

“A man aged in his 20’s and a woman in her 40’s were arrested on suspicion of drugs related offences, including importation of Class A controlled drugs and attempted possession of Class A drugs with intent to supply.

“A number of electronic devices were also seized during the operation.  Both remain in custody assisting police with their enquiries.

“The PSNI is committed to making Northern Ireland a hostile environment for those in our community who are involved in serious drug crimes.

“We will seek to identify them, arrest them and place them before the courts.

“Information can also be passed anonymously to the independent charity Crimestoppers on 0800 555 111.”