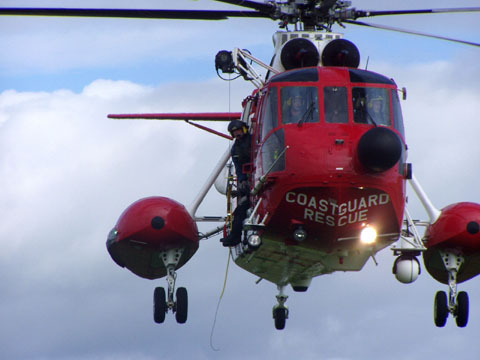 THE search for a man who went missing while out jet skiing on Sunday evening is resuming this morning, Monday, September 10.

The RNLI was called to Muckross in Kesh, Co Fermanagh, after an incident involving a jet ski on Lough Erne around 5.30 pm on Sunday.

One man was rescued from the water by a boat already in the area and the search startedbegan for a second man.

Police officers and a helicopter from the Irish Coastguard joined the RNLI in the dramatic search operation.

The RNLI had two boats involved in the operation on Sunday.

In a statement, they said: “Enniskillen and Carrybridge RNLI’s inshore lifeboats and Rescue Water Craft were requested to launch following reports of a person in the water, off a jet ski in the Muckross area. Enniskillen RNLI was already on Lower Lough Erne having responded to a separate call out.

“Once on scene, the RNLI observed that one person who had swam towards the shore had been rescued by a boat that was in the area.”