MAN ARRESTED AFTER BUS SET ON FIRE AT DEPOT 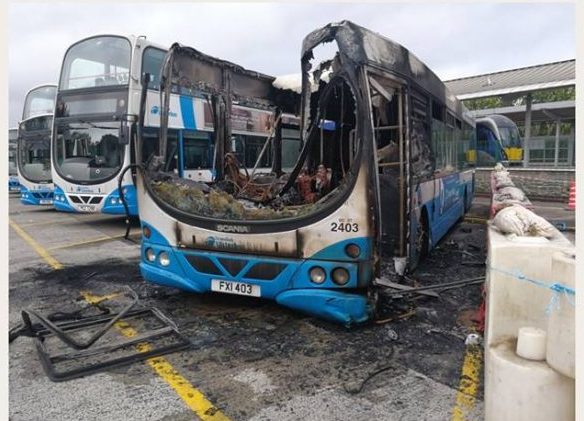 POLICE are investigating an arson attack at a seaside town’s bus and rail station.

At approximately 5.10am this morning, Sunday, 2 September, police received a report of a bus on fire at the bus and rail station, Abbey Street, Bangor.

One bus was completely destroyed and a second one sustained partial damage.

Police have arrested a 36 year old man on suspicion of arson.

He currently remains in police custody.

Sergeant Gibson would appeal to anyone who noticed any suspicious activity in and around the rail and bus depot in Bangor in the early hours of this morning or anyone who has information that could assist police with their enquiries to contact police at Newtownards on the non-emergency number 101, quoting reference 448 02/09/18.

Alternatively, information can also be provided to the independent charity Crimestoppers on 0800 555 111, which is 100% anonymous and gives people the power to speak up and stop crime.” 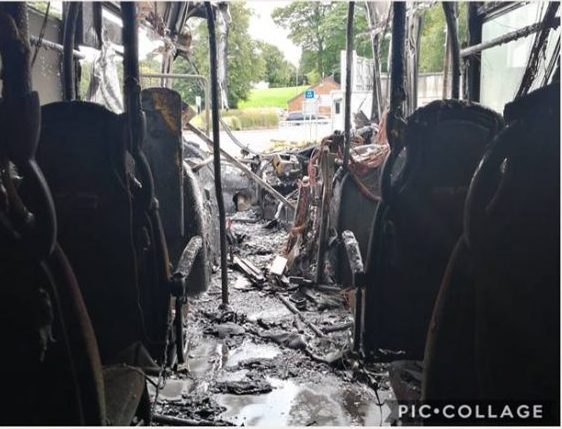