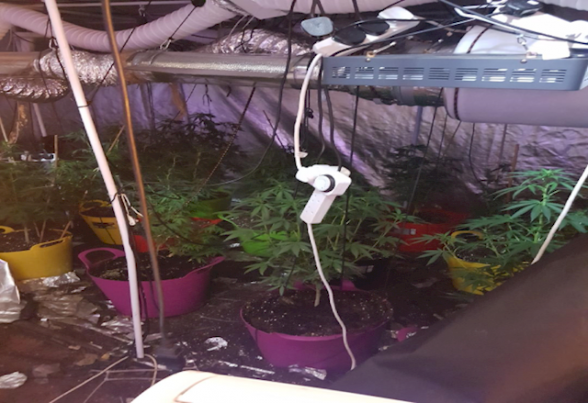 DETECTIVES from the PSNI’s Organised Crime Branch have seized cannabis plants along with a large quantity of suspected benzocaine and other drugs paraphernalia during three planned searches in the Oldpark area of north Belfast today, Thursday 23 August.

A 32 year old man was arrested during this morning’s operation on suspicion of a number of offences related to the possession and supply of illegal drugs.

Detective Inspector Pete Mullan said: “As a result of the investigation and searches we have seized cannabis valued at approximately £18k and large quantities of suspected Benzocaine, the principal chemical used for mixing with cocaine.

“If mixed with cocaine this seizure has a potential street value of £6 million.

“This seizure demonstrates our ongoing commitment to removing drugs from our communities and the harm and misery they bring with them.

“Illegal drugs not only destroy individuals and communities, they directly fund the lifestyles of organised criminals.

“We are committed to tackling the issue of drugs and I would appeal to the public to speak to us if they have any concerns or information regarding drugs in their communities. I would ask anyone who is aware of any individual involved in the supply of drugs to contact their local police on 101. 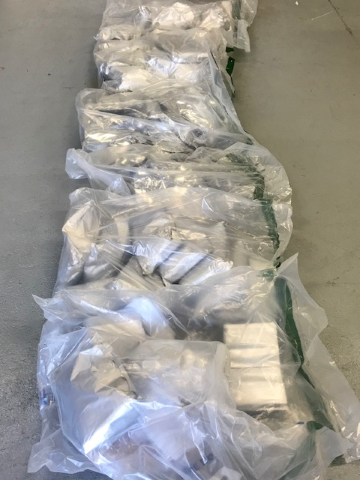