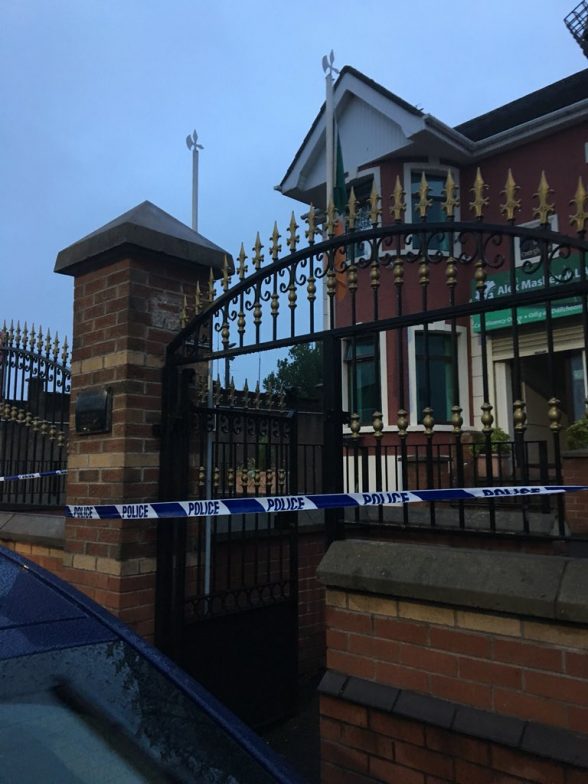 POLICE are appealing for witnesses after an arson attack at Sinn Fein’s headquarters on the Andersonstown Road in west Belfast during the early hours of this morning, Monday, August 20.

Inspector McCullough said: “The fire was reported to us at around 4:50am.

“Police attended along with the Northern Ireland Fire & Rescue Service, who extinguished the blaze.

“Damage was caused to a door at the rear of the building, and to fascia boarding.

“This is being treated as arson.

“I am appealing to anyone who was in the area around this time and noticed any suspicious activity, or anyone who has information which could assist our investigation to contact us on the non emergency number 101, quoting reference 162 of 20/08/18.

The party’s west Belfast MP has condemned the attack.

The West Belfast MP said: “Last night’s disgraceful arson attack on our Connolly House office must be condemned by all.

“This was an attack on the democratic process.

“Clearly the people behind this are intent on trying to disrupt the services we provide to all the public.

“We have not yet been able to assess the extent of the damage but Sinn Féin will continue to provide a first-class service to the people of West Belfast whom we are proud to represent.”