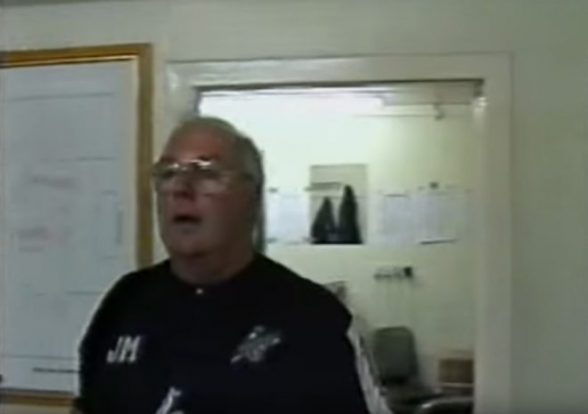 THE PSNI has welcomed the conclusion of the case against James McCafferty at Belfast Crown Court today.

The 72 year old had plead guilty at a previous court appearance to eight counts of sexually assaulting a teenage male.

Judge Patricia Smyth said McCafferty had breached the trust placed in him by the boy’s mother and sentenced him to three years and nine months.

He will spend half his sentence in prison and the remainder on supervised licence upon his release.

McCafferty could be freed as early as the end of this year or early in the New Year with the 18 months he has spent on remand counting as the equivalent of a three year sentence.

Detective Chief Inspector Anne Marks from PSNI Public Protection Branch said after the sentencing today: “I would like to praise the bravery and resilience of the victim in this case.

“It took a lot of courage on his part to bring this case to court and I hope that his example will help encourage other victims of such crimes to come forward and speak to police.

“I would also like to commend the committed team of officers who investigated this case.

“Their work alongside our partner agencies ensured we achieved the best outcome and support for the victim.

“As a police service it is our job to keep people safe and the protection and wellbeing of young people is an absolute key priority for us.

“We are committed to investigating all forms of sexual abuse.

“They are extremely serious crimes and will always be thoroughly investigated by specialist trained officers within the Public Protection Branch.

“We understand how difficult it can be for someone to report sexual abuse and commend those who take the difficult step in reporting their ordeal to police.

“Victims should have confidence that their reports will be dealt with seriously, sensitively and with the utmost care and respect.

In a statement, the victim’s mother said: “This has been an incredibly tough two years for my family, something no mother should ever have to go through.

“My son is kind and caring and compassionate.  He is a young man and this will have an impact on him for the rest of his life.

“However, although extremely harrowing, he knows that taking the difficult decision to report this abuse was the right choice for him to make and today we have seen his abuser brought to justice.

“My son was treated with sensitivity, patience and respect by the investigating officers and I would encourage anyone who has been a victim of sexual abuse to report it to the police.”